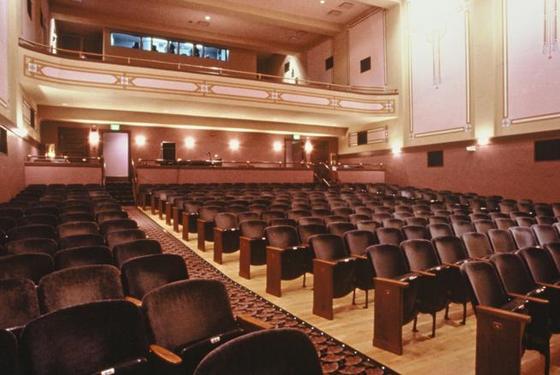 From the Reporter-Herald: The Great Depression of the 1930s cost William C. Vorreiter his personal fortune and with it, the Rialto Theater. It was sold to Joseph Goodstein then to Gibraltar Enterprises.

Gibraltar did the theater’s first renovation in 1935-36 and changed the seating on the main floor to 700 upholstered chairs, added chandeliers and also an evaporative cooler.

Gibraltar Enterprises brought one of its best managers to Loveland, Ted Thompson. Ted and his wife Mabel arrived in 1935 and kept the Rialto open through clever promotions.

Loveland’s boarded-up storefronts were plastered with colorful movie posters. Whenever the “Thin Man” film series came to town, the Thompson’s painted downtown fire hydrants white with black lettering that spelled “reserved for Asta,” the dog in the series.

In 1941, Gibraltar Enterprises redecorated the Rialto with new carpeting and an art deco look covering the old murals.

The remodeling backfired, however. The farm boys arrived in their overalls for a western and they quit coming because the theater was just too fancy.

Thompson responded by bringing in bales of hay into the lobby and having the usherettes in gingham dresses. The male employees wore blue jeans, and business picked up.

The Thompsons stayed with the traditional format for theaters of that era with a newsreel first followed by cartoons and coming attractions. Finally, the feature was shown. Fridays and Saturdays were reserved for westerns.

Ted and Mabel Thompson retired from the theater business in 1947 to open the Dude Corral Restaurant on the south side of Lake Loveland, and they are also responsible for starting the Valentine card re-mailing program that continues today.

The Rialto’s business fell as the larger multiplex theaters made inroads.

In October 1977, the Rialto featured “Star Wars,” and it ran for six weeks. This was the longest engagement in the theater’s history, but this was the Rialto’s last regularly scheduled movie prior to the building’s conversion into a shopping mall.

The balcony became offices and the main floor was bought up to the level of the stage. The ceiling was dropped and the wall murals were covered.

The mall, however, was not a financial success and the building sat abandoned until Felicia Harmon came along. She was the director of the Downtown Development Authority and started a movement to return the Rialto to its former glory for special features and the performing arts.

In 1987, the Rialto was purchased by the Downtown Development Authority, and the following year, it was added to the National Register of Historic Places.

In 1993, a grant was given by the State Historical Fund for its restoration. Volunteers worked for 14 months to remove the vestiges of the mall so that restoration work could begin.

The city of Loveland purchased the building for $500,000.

Now the centerpiece in Loveland’s downtown area, the Rialto became an example of the type of restoration work that could be done to other historic structures. 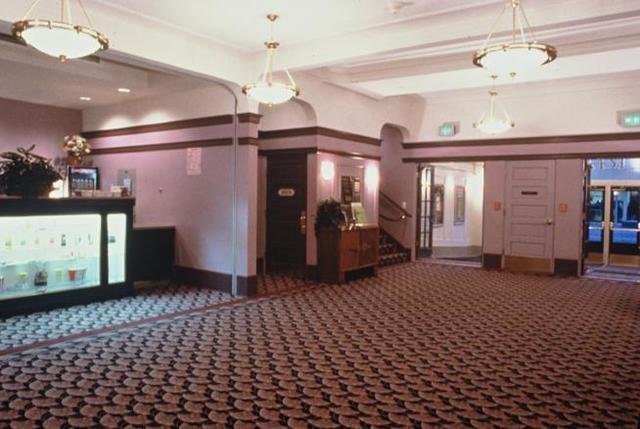