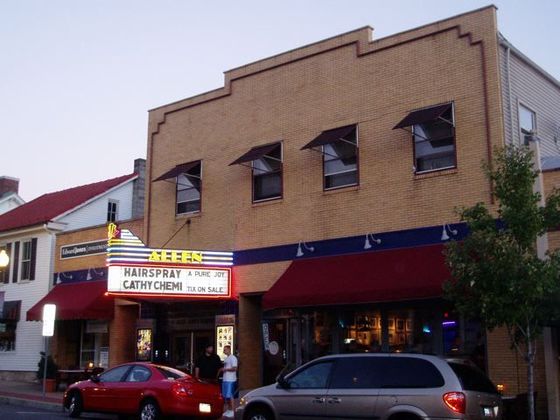 From Pennlive.com: The Allen Theatre has been known by many names in the 100 years that it’s been around in Annville.

The theater at 35 Main St. was called the “Hippodrome” when it opened in 1917. It was a common name for such venues then, much like “Colonial” or “State,” according to co-owner Allen “Skip” Hicks. The theater was later known as “Astor” in 1930.

That all came before 1993 when Skip, who grew up watching movies at similar venues in Lebanon, asked his mother Mary Jane Hicks for help purchasing the theater. She thought her son could do no wrong — “She thought everything I did was right,” he said — and bought and paid for a total renovation of the building.

“My mother assumed that responsibility,” Skip said. “She gave me a theater. I’m essentially the luckiest guy in the world.”

It’s how the venue became known as the Allen Theatre for the last 21 years. If you think Skip named it after himself, you’d be mistaken. The theater is named after his father, and the coffee shop MJ’s just inside its lobby is named after his mother.

Skip and his wife Martha Hicks own the building the theater is in, which also includes an Edward Jones office next door and three two-bedroom apartments on the top floor.

The look of the venue will remind visitors of the typical small town theater that was popular in the ‘30s to the late '70s, Skip said. It has an art deco style that both he and Martha accentuate through the use of a blue, black, red and gray color scheme.

The Allen Theatre draws moviegoers from Harrisburg, which is about half an hour away, all the way down to Lancaster, which is short of an hour away. Skip thinks that has something to do with how their venue presents their movies.

It is, after all, one of the few single-screen theaters in central Pennsylvania. They have curtains, which they draw open for trailers and the main feature; and a stage, which they open up every now and then to live events.

He adds that the Allen Theatre has a personal touch that you won’t find at many multiplexes.

“Oftentimes, I will be down front before the movie starts, and I would walk people down to the theater and show our appreciation for them coming in and tell them a little bit about the movie,” Skip said.

The theater shows about four films on Saturday and Sundays, and about two during weekdays.

The number of people that drops by their theater, however, varies depending on what kind of movie it is. Take the latest science fiction film “Rogue One: A Star Wars Story,” for example. That could see a person in each of the theater’s 322 seats in the first couple nights of its run. After that, they get about 40 people for each screening during the week, give or take.

Some of Skip’s favorite memories of the theater are of the lines that would stretch down the block for popular movies, including “Titanic” and “The Passion of the Christ.” People once dressed up as characters from Star Wars when they screened movies from the franchise.

“We truly do appreciate everyone coming through the door, and I think it’s obvious to the audience members that we do appreciate them being there,” he said. 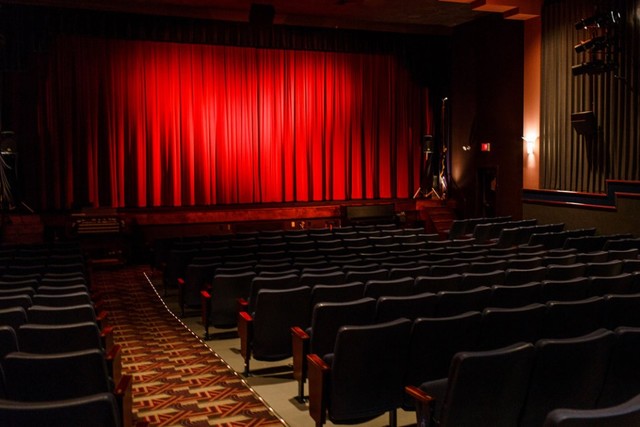