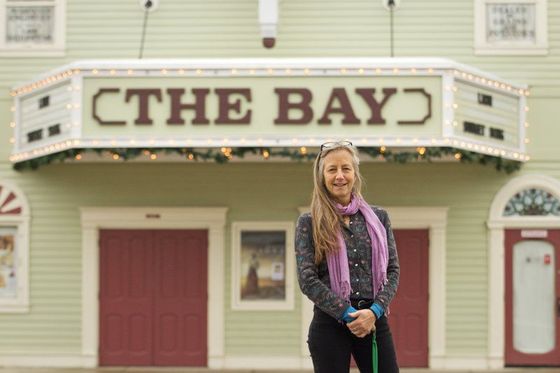 From The Record-Eagle: Barbara Abbott and Larry Hauser moved north from Michigan’s capital to the village of Lake Leelanau, where their entertainment options became significantly more limited.

That’s why they’re grateful for the nearby Bay Theatre, one of the only small-town movie theaters in northern Michigan to offer daily films year-round.

“I love The Bay Theatre. Almost all the movies we see, except during the (Traverse City) Film Festival, we see at The Bay,” said Abbott, a retired Michigan State University professor. “We like movies a lot so we go to almost all the movies they have there. Except for ‘Rogue,’ even though it’s supposed to be good. It’s not our kind of movie.”

The couple was among the first to purchase a dual membership to The Bay, which is offering memberships for the first time in its 70-year history. The benefit gives patrons discounts on movies, concessions, special screenings and gift certificates and will give the theater much-needed year-round support.

The one-year memberships are both a way to honor loyal movie-goers and to raise revenue to help the theater pay off its loan for a 2013 digital conversion, make improvements like replacing seats and renovating restrooms and continue to bring in school and after-school groups for educational films — expenses for which nonprofit theaters can fundraise.

The memberships also will help keep movies and concessions affordable.

“We need to stay afloat and be profitable to some degree to keep ourselves moving here but I’ve tried not to raise prices,” said The Bay Managing Director Denise Sica, adding that ticket prices have remained the same since 2008 and that most concessions sell for $3 and under.

“That’s unusual in a small town. Most small-town theaters don’t stay open year-round, and they don’t stay open all week. We want to have that as part of our community. It’s part of life here.”

The theater opened in 1946 and pays tribute to its early years with original wood floors and historic black-and-white photos of the area that show before films. In keeping with its slogan, “Small Town Theatre, World Class Cinema,” it features mainstream, independent and foreign films, including the world-cinema The Bay Film Series. It also hosts concerts, fundraisers and other community and special events.

Abbott and Hauser go to about one movie a week at The Bay but say easing the pocketbook wasn’t the reason they bought a membership.

“We do save money on theater tickets and popcorn, but it was largely to help support The Bay Theatre,” said Abbott, whose regular movie day is Tuesdays.

The theater launched its memberships shortly before Christmas and is offering a total of 275 at the first four levels, plus unlimited “Director’s Cuts.”

“It’s all part of the mix: How can we raise a little revenue but keep our prices low and offer people who come to The Bay a different way of being part of the Bay Theatre,” Sica said. 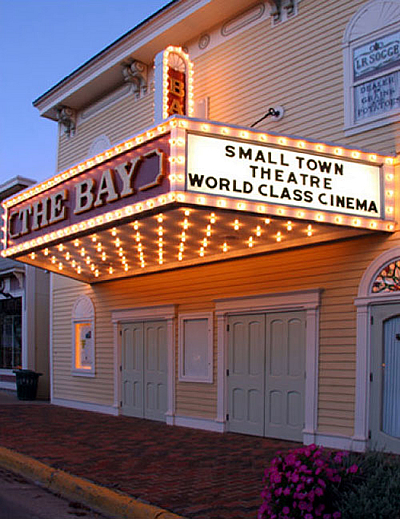 Hello, thanks for sharing this information with us. I will surely visit over there this weekend. I am planning to visit the theater this weekend with my friends and was looking for the theater online and I am glad I have found your post. Actually, I have won a lot of money by playing real money games. I play online casino games and found those sites on https://chiefcasinos.com/best-payout-online-casino/ this link. Because it is easy to find any casino site over there.