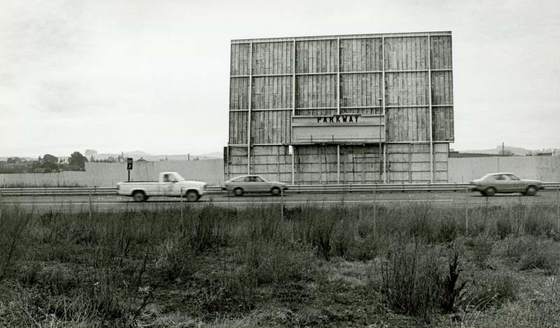 From the Press-Democrat: Looking back, as any social scientist (or grandparent) will tell you, can be instructive. And it can also be comforting in those moments when we need comfort.

Last month we went to the circus. Today, let’s pack up our snacks, put the kids in their “jammies” and go to the drive-in.

Those who are old enough to have made a trip or two to the drive-in movies may not be able to remember what film they saw, but they are sure to come forth with a carload of nostalgia.

We have to be careful about nostalgia. It isn’t history.

It is wistful, sentimental, a longing to retrieve some aspect of one’s past.

History is far more complex. It is, in its simplest form, chronology, a record of past events, a study of a people or an institution, often including a theory or interpretation of those events.

History is more trustworthy by far. Memory is too often pushed off the truth track by emotions, by sentiment if you prefer.

So we save the nostalgia for now. And start with the history. Consider it a hook on which to hang your hatful of memories.

The whole notion of outdoor movies is as quirky as any accidental invention. It was a man named Richard Hollingshead, an auto parts salesman in Camden, New Jersey, who “invented” the drive-in, according to a 2008 article in Smithsonian magazine. The story quoted the head of the United Drive-In Theatre Owners, who told it like this:

“His (Hollingshead’s) mother was — how should I say it? — rather large for indoor theater seats, so he stuck her in a car, put a 1928 projector on the hood and tied two sheets to trees in his yard.”

In 1933 Hollingshead opened the first drive-in theater, but his brilliant idea didn’t really take hold until in-car speakers were developed in the 1940s. And, in the early ’50s, with the war over and at least one car in every garage, the drive-in became a way of life in suburban and rural America, where there was space to work with.

By 1958 there were 4,063 drive-in theaters in the nation. Two were located in Sonoma County, with three more to come and go. The quintet, in order:

The Redwood (1950 or ’51-’84) was first ­— and lasted longest. Located 5 miles south of the courthouse on the Redwood Highway, at Wilfred Avenue before it was freeway, before there was a Rohnert Park. Along with the Kay-Von east of Napa, it was the drive-in pioneer of the North Bay.

The Village (‘52-’83) opened “way out there” to the east of the new Montgomery Village shopping center. And offered everything “newer” in speakers, snack bars and comfort stations. It was out of the fog belt and would become the favorite of the drive-in crowd as others came and went.

Neighboring ranchers, who could see the screen from their living rooms and had to keep the curtains drawn to protect their children, were vehement and continuous in their protests.

The Midway’s determination to test its right to show such films may have caused a fender bender or two, but it provided a convenient “rest stop” for truckers. One could often see a couple of cross-country rigs stopped on the shoulder.

Along with the long-closed service station in front that sold chenille bedspreads and bathrobes — hanging them out in the breeze to lure customers — the Midway became a landmark before Caltrans finally bought the land and removed the levees that kept the theater from flooding, creating a nesting area for waterfowl. Traffic flow improved. Nobody stops to look at the birds.

The Star-Vue (‘63-’78), the biggest and fanciest of the bunch, opened north of the 3-year-old Coddingtown Shopping Center. The Star-Vue, on Airway Drive, had 1,200 car spaces on 20 acres (almost twice the number of the 7-acre Village) and a playground for the kids.

The Parkway (’79-’86). The last and the one with the shortest lifespan, Parkway’s place in the drive-in derby was behind the wave, really. It was north of Petaluma in the area old-timers call Denman Flat, later more like Telecom Valley.

So many lifestyle changes converged to make the drive-ins vanish from the landscape. Henry Lazzarini, who managed a couple of the biggest, put the causes into one word when asked.

“Money!” he said. And he was correct. As the population pushed the towns outward the land values increased well beyond car spaces. The Star-Vue became a commercial–industrial area. The Village, townhouses and a strip mall.

There were other factors: The rise of the multiplex, offering many movies to choose from, and the growing frustration with traffic jams and three-hour commutes that took a lot of the fun out of the automobile.

Still, sentiment, wistfulness, coats our memories of the drive-ins, which differ widely according to how old you were in that golden age of giant outdoor screens.

So what do we remember about going to the drive-in movies? I can’t answer that better than reporter Susan Swartz did in a 1978 story about the closing of the Star-Vue. Comparing drive-ins to “roller rinks and county fairs” in the American consciousness, Swartz nailed the nostalgia bit, writing that drive-in theaters were for “people who liked to take three kids, an Irish setter and a six-pack to the movies” or “go out for an evening in their pajamas.”

Everyone has their own special memories: Seeing how many people they could cram into one car on Dollar Night; driving off with the speaker still attached to your window; the fog rolling in just when things were getting interesting.

If you were a toddler expected to sleep in the back seat but more apt to rollick around, you’ve probably heard your parents tell the story of the time you managed to land on the horn at the most critical moment in an “adult” film.

For young couples it would be the “Passion Pit” aspect.

My personal memories include one excruciating summer trip to the Village Drive-In — with my PARENTS, if you can imagine such a thing!

My father insisted. He wanted me to see that particular film, although for the life of me I cannot remember what it was. But, at 15, I knew I could not afford to be seen in such a situation by a classmate. I spent the evening hunkered down in the back seat.

Nowadays you can see outdoor films in summer at a variety of sites around the county, including the Windsor Town Green (bring your own chairs).

Or, believe it or not, you can still go to the drive-in in Lakeport in summertime.

The Lakeport Auto Movies, right behind the year-round, indoor Lakeport Cinema 5 on Soda Bay Road, has been showing outdoor films since 1974.

It may be the last drive-in picture show on the coast — maybe to the Oregon border, maybe all the way to Canada.

Still, there are those of us who like to remember when America’s love affair with the automobile reached its apex; when the family car grew larger — often into a station wagon — and became an extension of our living quarters; when the old sleeping bag spread out in the “way back” took the family everywhere in unsafe, pre-seat belt America.

No need for baby sitters. We had drive-ins. 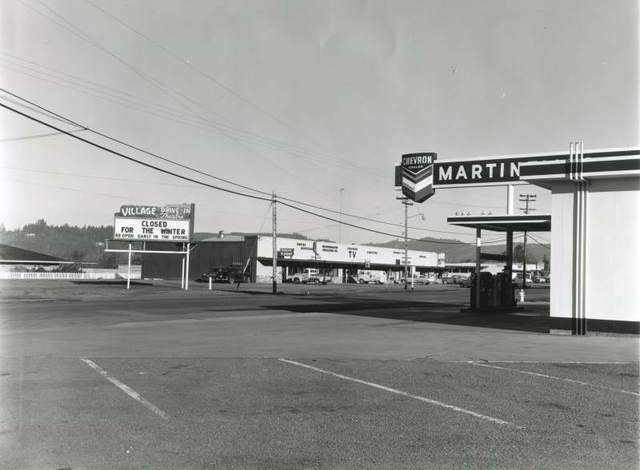 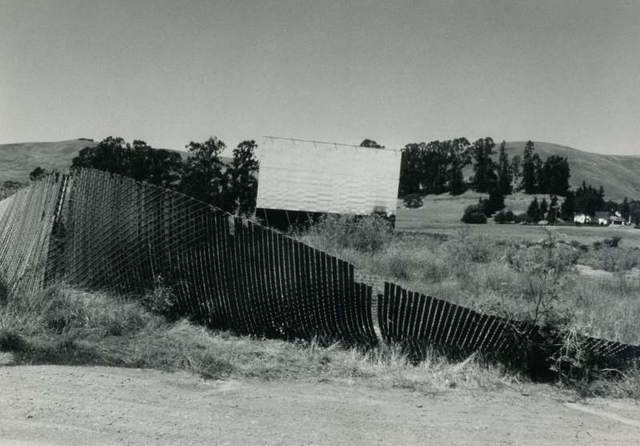 I remember riding by the Sono-Marin at night with my folks, and not saying a THING as I tried to catch what was on the screen as we whizzed along.

I remember at least a couple of occasions when my mom and dad would tell my sister and I to get into the car for an evening out for dinner and a drive-in movie, at the now-defunct Fresh Pond Drive-in Theatre, in Cambridge, MA. The movies I remember seeing in at the drive-in theatre were “The Time Machine” and “The Mouse that Roared”.

Another time, as a Senior in high school, I went to a Natick, MA drive-in movie theatre with a guy that had graduated from the same high school as I did, in the year before me. We saw “Bullit”, and one other movie.

My memory of drive-ins.