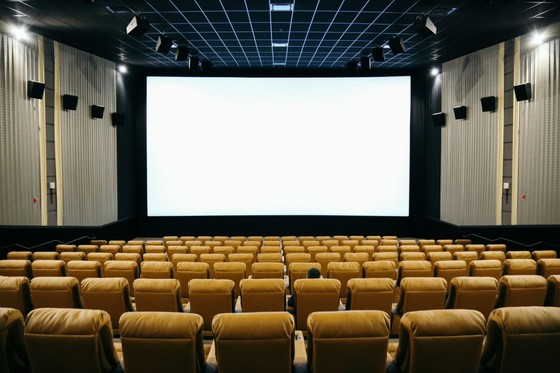 From MLive.com: Whether it’s to a magical kingdom or a post-apocalyptic wasteland, Saline’s new Emagine Entertainment theater is prepared to take visitors where they want to go.

The 54,000-square-foot movie theater is celebrating its grand opening Saturday, March 18 at 1335 E. Michigan Ave. in the Commons at Saux Trail retail complex. Movie showings this weekend on its nine screens include Disney’s live-action “Beauty and the Beast,” “Logan” and “Kong: Skull Island.”

But not before a party to commemorate Emagine Entertainment’s 10th movie theater in Michigan. A VIP event was scheduled Friday with sneak previews of the theater, a ribbon-cutting ceremony and movie showings to benefit the Foundation of Saline Area Schools and Saline Area Social Service.

“We had competitors tell us it couldn’t be done,” CEO Paul Glantz said, noting it is the third grocery store-conversion for the company.

There was an eight-figure capital investment, validated by a trade analysis showing a need in Saline and significant growth in nearby Pittsfield Township, Glantz said.

Staff were already busy, vacuuming carpets and washing windows, preparing for the first round of moviegoers to be ushered into a lobby filled with sofas and a gas fireplace. A bar has Michigan breweries on tap and an assortment of liquor bottles lined up neatly on the counter.

Iconic movie posters, like “Rocky” and “Citizen Kane” line the hallways, and the concessions stand is neatly packed with candy and a variety of popcorn and beverages.

The location’s nine theaters are decked out with state-of-the-art sound and projection systems and contain nearly 1,000 leather recliners that stretch 7 feet. Emagine made a point not to put seats too close to the screen, Glantz added.

“Hopefully, what we’ve done is provide our customers with a really comfortable experience,” Glantz said. “Execution is incredibly important… the fresh popcorn, the excellent guest service.”

Something new Emagine Entertainment is trying is a cafeteria-like setting for its concessions area, where guests can pick up stone-fired pizza and popcorn before heading to separate checkout lanes and beverage stations. It’s something the company started in Macomb that received positive feedback.

There could also be trays that fit into the theater cup holders to act like tables, a feature Glantz is excited to see.

While Glantz used to know how to thread a projector, he said it’s a skill that has changed as the world became more computerized. The projector rooms look different than in past decades, but the need for new and better technology still exists.

David Zylstra, the vice president of technology at Emagine Entertainment, pointed out the new French sound processor being used at some of the company’s renovated theaters.

“It’s just hitting the market now in the U.S.,” Zylstra said of the Trinnov technology.

Theater 8 holds an 48-foot-wide EMAX screen outfitted with 3D technology and floor-to-ceiling speakers. While the other theaters have a 7.1 audio system, the EMAX boasts a 49.3 audio system.

“It makes you feel like something’s coming around the movie theater or across the ceiling,” Zylstra said. “Every speaker has its own amplifier.”

With the Saline location complete, Emagine Entertainment now is looking at its other locations in need of upgrades. The Novi theater is currently being renovated, Glantz said. “It’s been a great theater for a lot of years but it’s looking a little long in the tooth.”

With 18 theaters across three states in 20 years, Glantz, who spent time as a dishwasher and a valet, has learned a thing or two about the moviegoer experience.

People may not notice the work he does, but they do look around the theaters and see what is being done or not done. It’s why Glantz believes his employees are the most important part of the theater experience.

“I hold all my colleagues in high esteem,” Glantz said. “There’s no such thing as bad work.”

Tickets are $6 for matinee show times and $10 in the evening. There is a $2 charge for EMAX showings and a $2.50 charge for 3D showings. Advance tickets are available online. 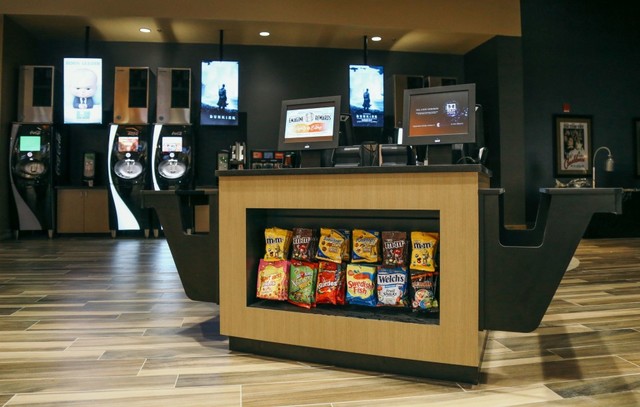 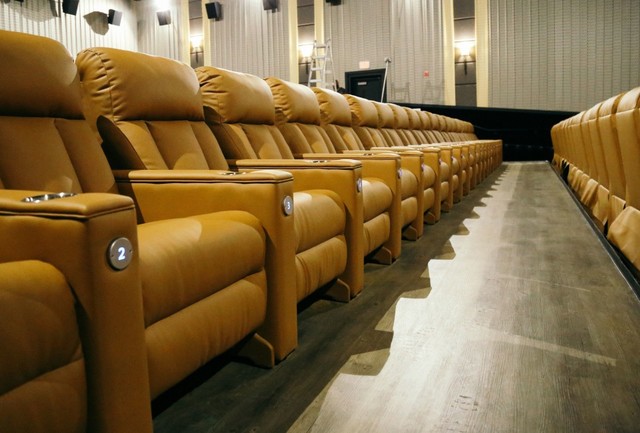