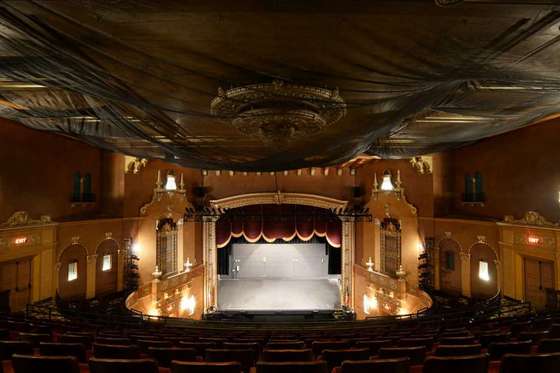 From the Beaumont Enterprise: The Jefferson was jumpin' this past weekend with movie lovers and concert goers, but that’s not the reason a net stretches across much of the theater ceiling. That net is meant to catch bits of loosened plaster that might fall onto the heads of patrons at the downtown Beaumont venue. The net is there out of an abundance of caution, said Lenny Caballero, director of the City of Beaumont’s event facilities department.

“The sky is not falling,” Caballero said. “We have had humidity problems in the attic. It’s been there forever.” “Forever” in this case is 90 years. The Jefferson was built in 1927 and was one of the earliest buildings in Beaumont with chilled air. As for the humidity, the region hasn’t had much of a chance to dry out for the past year, recording 70-plus inches of rain in 2016 and getting a good head start on that amount so far in 2017. Friday classic movie nights will go on uninterrupted, and Caballero and his crew will continue to book live acts at the theater in the foreseeable future, he said. “For right now, until they tell me otherwise, we’ll keep going,” Caballero said, who has led the event facilities department for almost four years. In that time, he launched Classic Movie Night and worked to bring in live music, raising the city’s profile to draw more nationally known acts. The reclaiming of the 90-year-old theater began in 1998 with the organization of the Jefferson Theatre Preservation Society, which raised $6.5 million to restore the building. The Jefferson cost $1 million to build in 1927. Between 1986 and 2000, Beaumont Community Players, Beaumont Junior Forum and the Charlie Pruitt country music show kept the theater open. In September 2000, renovation began in earnest and the revived theater reopened in November 2003, featuring jazz, pop and soul singer Lou Rawls. 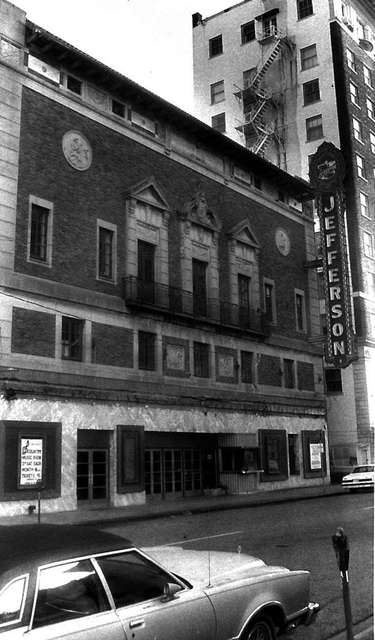