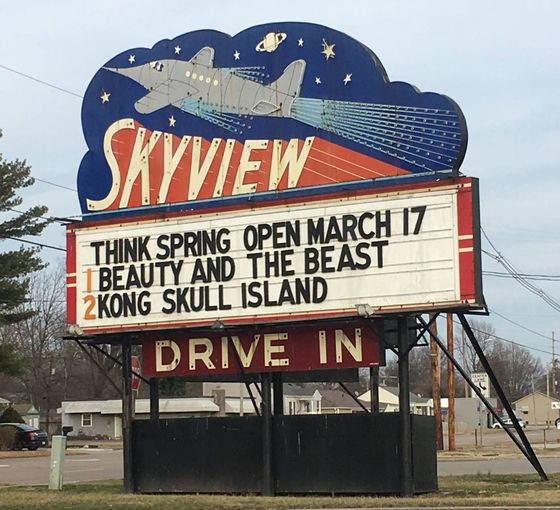 From the St. Louis Post-Dispatch: The gravel lot is an unremarkable expanse dotted with hundreds of short poles whose purpose might mystify many people. Even the two huge white rectangles rising on steel struts toward the sky may be something outside their experience.

Here, atop 17 acres on the west side of Belleville, sits a rare drive-in picture show, open for a 68th season as a theatrical dinosaur in the movies-on-your-phone era. But a healthy dinosaur, owner Steve Bloomer insists.

Lots of East Siders will remember the family name from the Bloomer Amusement Company, whose chain of theaters flourished through the 20th century. Its first opened in Freeburg 100 years ago. The lone survivor — outliving the company itself — is the Skyview Drive-In, at 5700 North Belt West.

It also outlived all the St. Louis region’s other drive-ins.

Bloomer recently humored my curiosity about it in a squat concession building that was part of the grand opening on July 8, 1949. It looks like a Smithsonian display. The first movie was “On Our Merry Way,” an obscure flick with some big-name actors.

From Bloomer’s desk in a storeroom, he explained putting his money where his optimism is. Movies, once on film, now come on book-size computer memory sticks. A compatible drive-in size digital projector, using a 6,000-watt bulb, costs about $60,000. With two screens, he had to buy a pair.

It’s been worth it. Even with parking for 630 vehicles, there are still some sellouts, he said, Typical customers are young families seeking child-friendly shows, although there are grown-up movies too. Some folks come 50 miles or more; maybe a third of the license plates are from Missouri.

Each $11 adult ticket also admits two children to a double feature. So a family of four can make it a long night for $22. They can even bring their own food — although enough soft drinks, popcorn, candy and burgers are sold to help keep the lights on.

Most of the lights, anyway. The last bulb on the ornate marquee out front, with its soaring rocket ship, burned out about four years ago. The $50,000 restoration cost is prohibitive.

Drive-ins date to at least 1933, when a New Jersey developer obtained a patent seeking royalties from any that followed. Courts finally voided his claims about the time the Skyview came along. Bloomer said the U.S. had 5,500 at the peak, down to about 344 now.

Pause Current Time 0:00 / Duration Time 0:00 Loaded: 0%Progress: 0%0:00 Fullscreen 00:00 Mute Some things have changed. Sound that used to come from a speaker with a squiggly cord that you pulled from one of those poles is now broadcast to the car stereo. Or to a portable radio, as it’s common for today’s crowd to abandon cars altogether in favor of lawn chairs.

Some things haven’t. An old photo on the food line wall shows an 18-month-old boy riding a carousel fire engine on a playground in front of the movie screen. That’s Bloomer, now 69. The playground is still there; that particular screen is not.

Remember the scene in the movie “Twister” in which a tornado tears a drive-in theater screen to bits? It really happened here, in 1955, although luckily while the place was closed. (When wind wrecked the replacement in 1981, a new, 105-foot-wide one was built in just 10 days.)

A second, 70-foot screen was added in 1982 and once caused a little problem. You can see part of the big one from the little one, but not vice versa. One night, Bloomer learned the hard way not to put a movie with a rape scene on the big screen when there’s a children’s feature on the other.

This might be the place to note that generations of hormonal young couples have parked in dark corners of drive-in lots without noticing a moment of the movie. Not so much now, said Bloomer, explaining, “It’s not the ‘sin bin’ it once was.”

That said, there was a memorable night when he personally responded to confront a couple reported to be having “loud sex” in a car in the third row.

Indeed, they were. Bloomer recalls that when he intervened, “The guy says to me, ‘Hey, dude, I’m kind of busy in here.’” The offenders left, but the eloquent “busy in here” words have endured in the Skyview workers’ lingo.

Bloomer believes the Skyview will endure as well, although the big threat to drive-ins’ existence may not be obvious. He said they didn’t die so much from lack of business as from the lure of making bigger money from redeveloping the abundant land.

So Skyview fans should be grateful that Belleville’s big growth area seems to be on the other end of town. 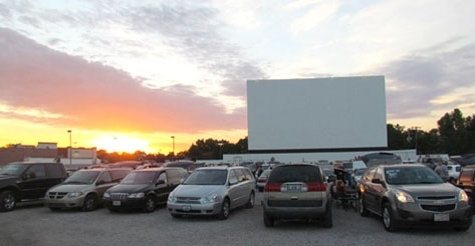 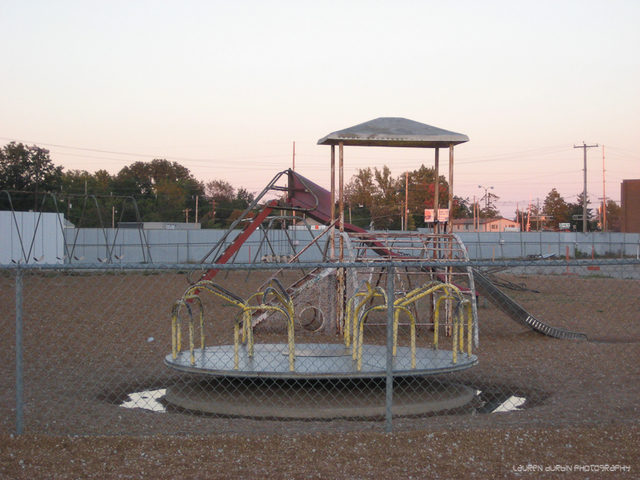