Baltimore, MD - A look at the grand restoration of the historic Parkway Theatre 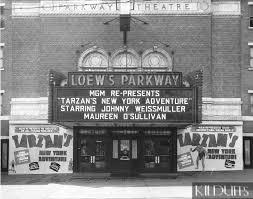 From the Baltimore Business Journal: The Maryland Film Festival is preparing to move into the Parkway Theatre at Charles Street and North Avenue this week as famous Baltimore filmmakers Barry Levinson, John Waters and David Simon will be on hand Thursday for a gala there.

The $18.2 million renovations began last year at the site that had been vacant for 40 years, said Jed Dietz, director of the Maryland Film Festival. The nonprofit purchased the theater and the old “Chicken Box,” building located next to it from the city for $1 in 2012 after the Baltimore Development Corp. sought the redevelopment of the corner into a cultural center to add to the growing cultural space in the community.

“The idea was to really rescue the building,” Dietz said, during a tour of the space last week.

The Parkway Theater first opened in 1915, the same year as the classic silent film, “The Birth of a Nation” was released directed and co-produced by D. W. Griffith starring Lillian Gish. It is widely regarded as the first film available for audience viewing and the beginning of a new industry.

The theater building is a classic Greek revival design, with the original tile floors, ceilings, ornate stage frame and a dramatic curving balcony. The space has been painstakingly preserved during the renovations, even though the theater now holds modern updates like a digital film booth, new seating in a custom royal blue fabric, and two smaller showing theaters upstairs. Original plaster moulding with designs from 1915, many worn over exposure to the elements during the 40-year vacancy, have also been preserved. The updates include surround-sound speakers and additional bathrooms.

Looking up at the grand ceiling in the main theater, Dietz showed off a dramatic and restored oval-shaped light fixture and said: “You get to experience the beginning of movie history in that ceiling.

“We’re on schedule and on budget,” he added.

Besides the film festival, which runs from May 3-7, the Parkway will be the new home to film students from the Maryland Institute College of Art and Johns Hopkins University to hold classes and show their films and documentaries. It will also house a new Youth Documentary Program. The theater is also available to rent for private functions, Dietz said.

“All these young, emerging film makers can see their work in this community,” he said.

Dietz said the film festival purchased the Parkway before the $19 million redevelopment of the old Centre Theater by Jubilee Baltimore across the street at 10 North Ave. into an innovation hub or plans by MICA and Hopkins to combine their film education efforts on certain levels.

“It was beyond serendipitous,” he said of the emerging film hub in the community.

Tickets for films at the Parkway cost $11 and will be available online or through touch-screen computers in the lobby.

Local architects at Ziger/Snead designed the project, and kept much of the historic and well-worn facade of the interior in the theater located in the Station North Arts District.

To honor a major donor who gave $5 million to the project, the redeveloped theater officially will be called the Stavros Niarchos Foundation Parkway. 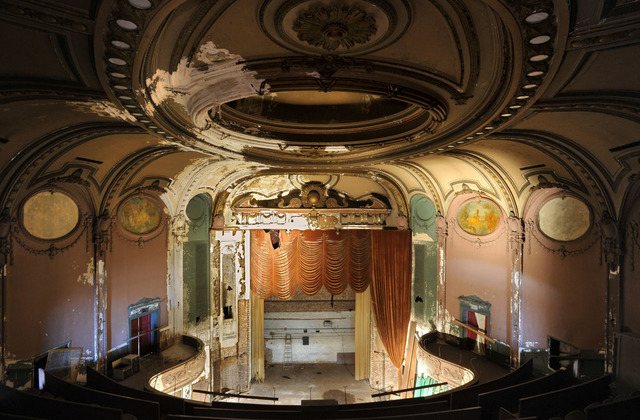