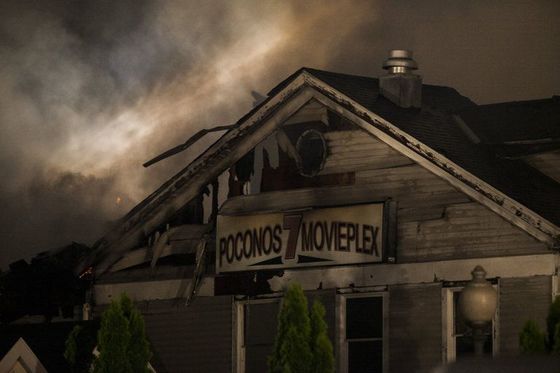 From Lehigh Valley Live: A fire at a Poconos movie theater continues to burn with no end in sight.

Firefighters were summoned to the fire at the Poconos Movieplex at 7:35 p.m. Sunday. The movie theater is at 125 Municipal Drive off Route 209 in Middle Smithfield Township.

Patrons had to clear out of the theater. Some stayed to watch firefighters battle the blaze.

Flames initially shot through the roof and smoke continued to pour out two hours later. The fire is being fought by Bushkill, Stroud, Marshalls Creek, Shawnee and East Stroudsburg fire companies.

No one answered the phone at the Bushkill Volunteer Fire Co. firehouse and the chief didn’t immediately return a message late Sunday.

The fire is in a strip mall once called the Foxmoor Village Mall but was renamed Pocono Square in 2010, according to a report in the Pocono Record.

The Record reported that the building changed hands when the previous owner couldn’t keep up with rent payments. It was purchased by Vermont state Sen. Kevin J. Mullin in 2010, the report says.

According to the Pocono Record, a fire destroyed a free-standing building in the front of the mall in 2009.

The theater was vandalized before it reopened in 2010, the report says. 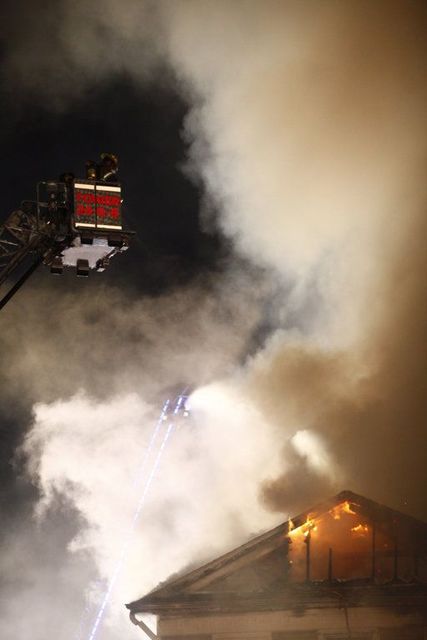 Rich information, that’s really good, I’m looking for it, thanks for sharing. run 3