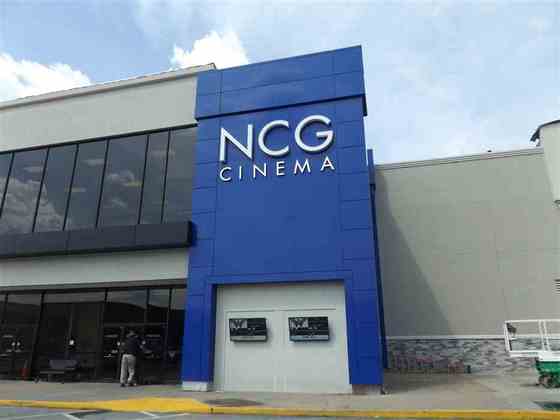 From the Times News: Kingsport got its movie operation back on Thursday.

The ribbon was cut on NCG Cinema’s 10-screen venue at the Fort Henry Mall, and it all opens for business today.

Kingsport Vice Mayor Mike McIntire said having an excellent movie experience for citizens was important to the Board of Mayor and Aldermen.

“It’s certainly a quality of life issue … and we’re just glad you are here,” McIntire told NCG President Jeff Geiger and his group of workers at the Kingsport Chamber of Commerce event. “NCG has invested a lot of money in this property, and I know we will enjoy coming to the theater here.”

NCG takes over from Frank Theaters, which vacated the mall earlier this year after reaching an agreement with mall owner Hull Property Group.

Geiger said when company officials first saw the mall and theater operation, they knew it would be a big undertaking.

“We had big ideas, a big vision for what we wanted to do, and I think it came true,” Geiger said. “We wanted to move the front out and make this a nice open lobby — a modern, clean, nice feeling. … I think we accomplished that. We’re excited to be in Kingsport.”

At the point when organization authorities previously observed the shopping center and theater activity, they realized it would be a major endeavor. paper.io 2 game

Excellent read, I just passed this onto a colleague who was doing some research on that on akinator.mobi

Great article! I will share this with my colleagues. restaurant equipment loans

Always a great post from this site! We can give you the best cleaning services virginia beach

Thanks so much for this! We offer deep cleaning schaumburg il

Thanks for sharing this great article. tree pruning

Amazing! Now the NCG Cinema opens for business hope that this business will grow and expand. Concrete Contractors Iowa City

Instead of a room full of toys for children with a large amount of money, why not choose useful, available, and free games? The Impossible Game with hundreds of games will satisfy the passion and be suitable for all ages!