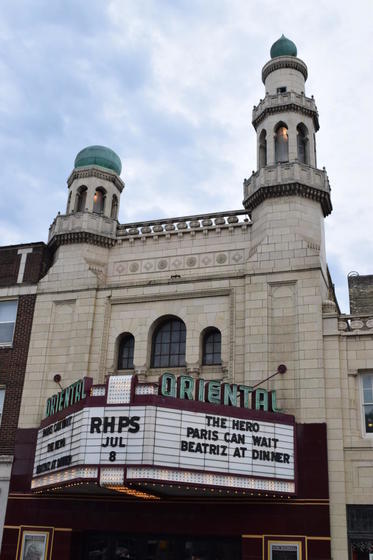 From WUWM.com: The Oriental Theatre on Milwaukee’s east side turned 90 at the beginning of this month. Its first day in operation was on July 2nd, 1927.

Lake Effect recently highlighted Milwaukee Film’s long-term lease of the Oriental Theatre, which will begin in July of next year. Milwaukee Film is the latest in a long line of organizations and individuals who have operated the theater during its history.

It’s a fascinating history, starting with the Saxe brothers who first owned the theatre. The legend goes that the brothers, originally in the business of sign making for burlesque and early movie theatres, were owed money from one of those theatres; they took possession of the Oriental in exchange for the unpaid debt, according to film contributor Dave Luhrssen.

The Saxe brothers expanded their hold in the movie business and started one of the first regional chains in the Milwaukee area. “The Oriental then was going to be the crown jewel of the Saxe empire,” Luhrssen notes.

As soon as you walk into the lobby of the Oriental, Luhrssen adds, “the eye rests nowhere.” Filled with architecture and designs influenced by East Asia, the theatre was meant to fill its guests with awe.

Eric Levin, the Oriental’s manager, notes that all of the different designs are somewhat meaningless with all of the movie palaces of the day taking influence from many different exotic lands. He believes that the design for the Oriental was inspired by the discovery of King Tut’s tomb in the early twenties. “It kind of drove this fascination with exotic other lands, and that’s what they tried to create in these palaces – kind of an escapist environment,” says Levin.

“I think that it’s an architectural gem,” adds Luhrssen. “I suppose some purists would think it’s an eclectic hodge-podge. I’ve always found it to be a very striking place. It’s a piece of cinema history.”

The Oriental today has several movie screens, including its signature auditorium, but its early history included live performances. Everything from big band groups to vaudeville acts to rock concerts filled the ornate theatre. In fact, Luhrssen notes that the design indicates that the owners of the theatre did not change any of the design to accommodate talking movies.

“It seems to me that even though the transition was occurring they were ready to remain with silent movies. Kind of like ‘these talking movies won’t catch on’ – maybe that kind of thing,” he explains.

The first theatre that opened for sound in Milwaukee was the Avalon in 1929 according to Levin. But the Oriental was not a “merely functional” place for movies and still had a strong base of live shows.

“It was one of the venues that touring rock bands in the 80s at least would think of when coming to Milwaukee,” notes Luhrssen. The Oriental has hosted everyone from a disastrous 1964 Bob Dylan concert where he walked off the stage, to The Violent Femmes and countless others.

Luhrssen adds that outside of the concerts he attended at the Oriental, the movie palace has also been the source of much of his movie education.

The Oriental has always served as a platform for elevating diverse films and directors, especially in the eighties, such as David Lynch or Werner Herzog or Rainer Werner Fassbinder. “It was really Landmark Theatres that was responsible for driving American interest in those film makers,” Levin explains. “There were very few other chains that were supporting their work at the time.”

“This movie theatre was meant to transport people into another way of feeling and thinking about the movies they were seeing,” says Luhrssen. And it continues to do so with its diverse screening selection, particularly when serving as a major hub for Milwaukee Film Festival viewings.

“Why wouldn’t you really want to come to an unusual distinctive and beautiful place to see a movie as opposed to a generic cookie cutter facility?,” Luhrssen asks. “To me there’s no comparison. I think this is a cultural landmark in Milwaukee and it deserves to be not only preserved, but enhanced as it goes into the future.”

Levin says that the Oriental continues to serve the same purpose it did in 1927. “It still transports people to a different place that’s probably even more foreign than it was in 1927, ironically.”

Next time you are at the Oriental Theatre, find a small detail or piece of art that you haven’t noticed before. While the black lions adorning the stairway are a favorite of both Levin and Luhrssen, Levin says to keep an eye out for his recent favorite feature in the main theater: “They’re ridiculous. It’s a griffin with lighted eyes standing on the head of an elephant that looks like it’s out of Disney’s animated The Jungle Book.” 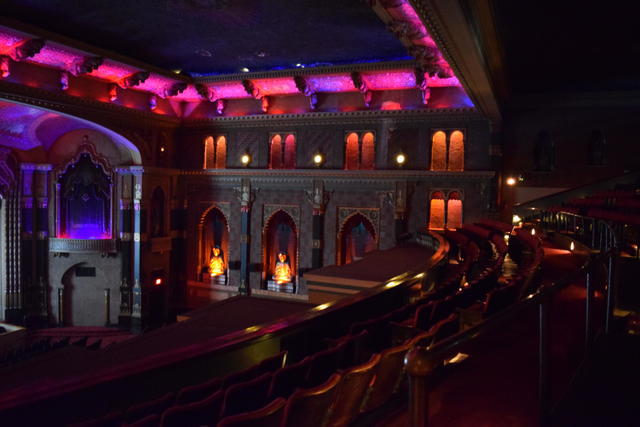 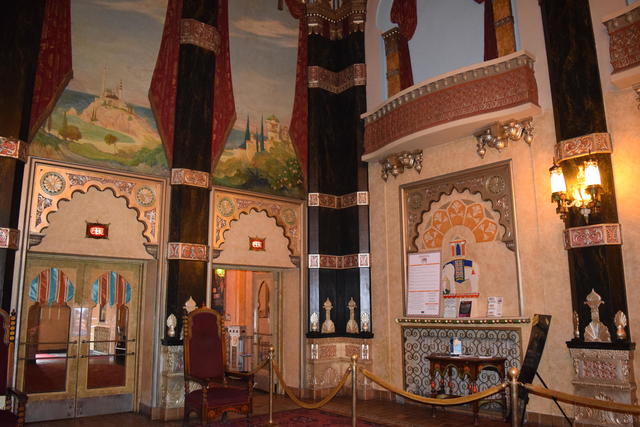 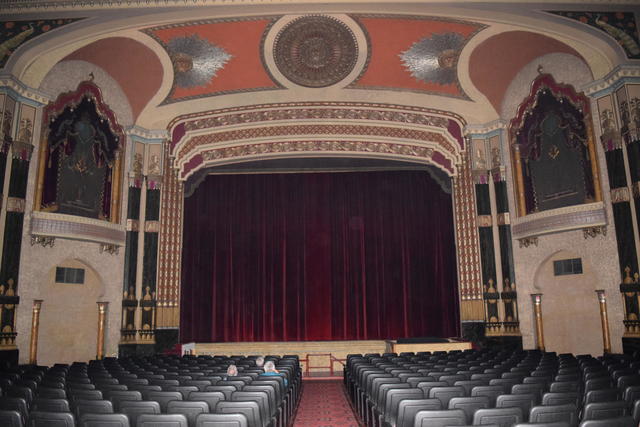 Almost like Disneyland. The greatest place on earth, great history as well into this family about the theater. I hope these never get torn down, maybe renovated to reflect a newer better look.

This hall looks really amazing, I love to watch historic places, By the way, I am looking for a developers business plan, If you know any best site regarding it then please let me know.

Hi. I study history. I really like the history of the whole world, and specifically of each country. But most of all I like source study and the philosophy of history. Well, I really like these directions in history. When I arrived at the university, everything was fine, but in my senior years, when I started working, I started using writing services as brill assignment that help me in write my works. Guys do their job efficiently and inexpensively.

Great post yet I was thinking about whether you could compose a litte more regarding this matter? I’d be thankful on the off chance that you could expound somewhat further. Value it https://truckpartsuperstore.ca/

Almost like Disneyland. The greatest place on earth, great history as well into this family about the theater. I hope these never get torn down, maybe renovated to reflect a newer kansas city pool companies

I like your style of presentation and design. I read your article in one breath and I couldn’t stop, because it’s really written in a particularly interesting way. I was particularly impressed by the legend of the brothers, because I had not heard it before. This place is really amazing. I dream of being there. But because of the hard study that takes up all my time, I can’t afford it yet. Sometimes tasks are too complicated and after they are completed, you have no energy, no free time, no desire to do anything else. By the way, I recently came across an interesting article about essay writing pains. This is a bitter truth for many students. But the good news is that there are ways to facilitate the learning process. Read the cool pages and find out different life hacks and tips even from other students. Enjoy your life. After all, student years are the best. Good luck!