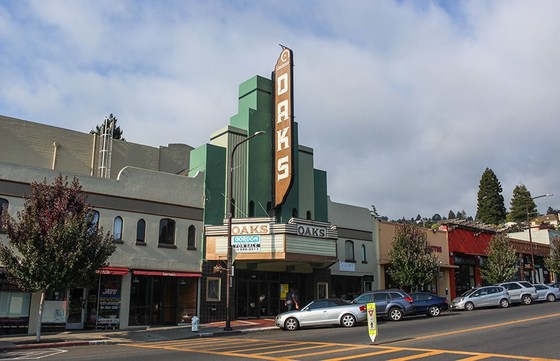 From The Daily Californian: As popular streaming services (Netflix, Amazon, Hulu, etc.) saturate the market, it can be difficult — or even impossible — for a local movie theater to turn a profit.

The Oaks Theatre is likely a familiar landmark to pedestrians who frequent Berkeley’s Solano Avenue, with its classic marquee hovering above the sidewalk and vertical signboard visible from more than a block away.

On paper, the theater sounds like a magnet for activity. The 21,578-square-foot building, constructed in 1925, can host approximately 1,000 people between its two screens. Coffee shops, eateries, specialty stores and residences surround the venue, encouraging a steady stream of foot traffic through the area.

But the Oaks Theatre has sat empty since 2010, after the Metropolitan Theaters Corporation concluded its operations there. Its marquee is entirely blank — save for a smaller sign, advertising its sale by Gordon Commercial Real Estate Services for $4.25 million.

On Aug. 15, city councilmember Sophie Hahn announced in a press release that a contract has been developed for the theater to be sold to Touchstone Climbing — which, as of now, intends to convert the movie theater into a climbing gym. The details of the project, however, are not yet set in stone.

“We’ve entered into a contract to purchase the Oaks Theatre,” said Mailee Hung, Director of Outreach & Communications at Touchstone Climbing. “It’s contingent upon receiving a lease permit from the city of Berkeley, which is a six-month process, and we submitted that permit on Aug. 16. So now, we’re just working on building community support, and we’ll be having public outreach events and community meetings.”

In 2015, the city faced backlash for its proposed plan to demolish Landmark’s Shattuck Cinemas as part of a development project for 2211 Harold Way. Neither of the suggested developments for Touchstone Climbing at Oaks Theatre nor the city at Shattuck Cinemas include proposals to convert the spaces into new movie theaters or arts venues — despite there being hopes for such plans.

“We definitely support the arts community, and we didn’t want to go against any of those hopes, but we waited six years for that project to go through, and it looks like it’s not happening,” said Hung. “We’d rather save the building from demolishment and save its history than just let it go to waste.”

According to Hung, Touchstone Climbing does intend to maintain the exterior of the building — including the signboard and marquee — as well as some of the interior, where space permits.

Touchstone Climbing has a history of converting large, older venues into its climbing gyms. According to the company’s website, it operates a climbing gym out of another former movie theater in San Jose.

The possibility of any new construction is naturally faced with public scrutiny, as there are many potential downsides. Increases in traffic and parking difficulties accompany development projects, as well as the possibility of unforeseen economic burdens.

Touchstone Climbing could make several positive contributions to the Solano Avenue area as well; after all, the Oaks Theatre sits only as an empty, unoccupied space — potentially one that the district could greatly profit from utilizing. Renovating the theater space can bring new visitors to the area, who in turn would encourage activity and economic vitality for the small businesses in the neighborhood.

“We really see our gyms as community spaces, and we think it’d be a really great way to increase activity in that area,” said Hung. “I think it will attract a lot of different people from all sorts of demographics.”

According to Hung, there will be a public meeting discussing the project proposal next Wednesday at the Northbrae Community Church, hosted by city councilmember Sophie Hahn. 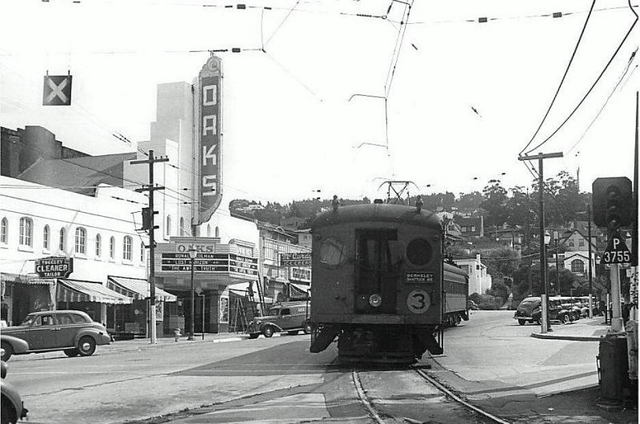 A sad day for the Oaks Theatre. At least It won’t be torn down like the Laurel Theatre in Oakland was a few months ago. To bad some company did not come thru and turn the space into a live music or classic film cinema. Coming soon a rock climbing gym for people that don’t want to get cold,hot or wet doing it outside with real rock walls. I hope they don’t trash the inside and keep some of the deco part of the cinema. Keep the screen and show videos of every movie that has a rock climbing part to It. These rock gym people may get into It. Thanks for keeping the neon marquee for now.

Frameless glass pool fencing Perth should be look into for workers safety.

Thanks for letting us know about this information. staples little rock

Great post. Thanks so much for sharing this! We offer amazing crawl space sewage cleanup

Thanks for sharing this! We have the best 24 hour crime scene cleaning

Your writings regarding this matter are right, perceive how I composed this site is extremely great. chicagoslogistics.com

I am no expert, but I believe you just made an excellent point. You certainly fully understand what you are speaking about, and I can truly get behind that. roach control

I have read your blog it is very helpful for me. I want to say thanks to you. I have bookmark your site for future updates.Anthony Scott Dietrich

So funcy to see the article within this blog. Thank you for posting itTony Scott Dietrich

Oaks Theater. Basically It will not be destroyed like the Laurel Theater in Oakland was a couple of months prior. | See more here