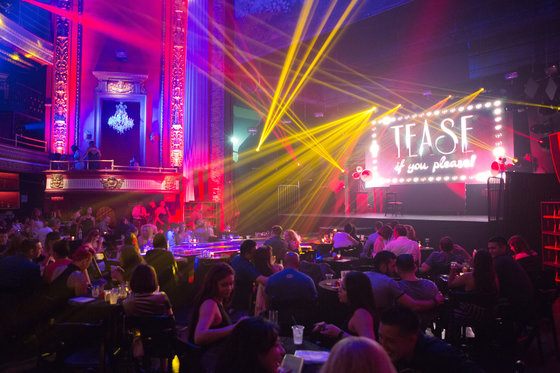 From The New York Times: Along the walls of The Theatre at Ace Hotel in downtown Los Angeles is a pair of murals, painted in 1927 when the space was known as the United Artists Theatre, depicting members of Hollywood’s creative class in heaven and studio heads as demons.

In the back of the theater is a projection booth, added in the 1950s, which made the Ace one of the first Los Angeles-area movie houses able to project the larger-format 70-mm film. And painted in open spaces of ornamental gold lattice in the building’s lobby is a line from Psalm 119: “Forever O Lord, thy Word is Settled in Heaven,” a holdover from the theater’s 20-year stint as the home of televangelist Gene Scott (it was then called the Los Angeles University Cathedral).

A century ago, downtown Los Angeles was the center of the city’s entertainment, with movie and vaudeville theaters seemingly on every block. Today, as the neighborhood’s renaissance enters its teenage years, the remaining cinemas are coming back to life, with live music bringing crowds and energy back to neglected venues.

At its peak in the 1920s and ’30s, the heart of Los Angeles was home to scores of venues. There were the movie palaces of Broadway, a stretch dotted with multitiered theaters with ornate, Art-Deco influenced lobbies and flourishes, some of which started their lives as vaudeville stages but eventually were dedicated to the silver screen. Just two blocks east, more than 20 smaller, more utilitarian theaters popped up along Main Street. Over the years, however, the center of film culture moved west, to neighborhoods like Hollywood and Westwood. Many theaters became second-run houses, showing movies after their wide release, then Spanish exhibitors, and later many were either transformed completely (what was the Rialto Theatre is now an Urban Outfitters), boarded up or torn down.

But as downtown Los Angeles began its rebirth in the early 2000s, the marquees that still hang above Broadway, its historic core, started to light up again. The Orpheum Theatre, which was in operation as a movie theater until 2000, underwent a reported $3.5 million renovation and began booking concerts in 2001. Palace Theatre received a million-dollar face-lift in 2011 and has hosted up-and-coming acts like the R&B singer Sampha and more established artists like Billy Bragg. The Globe, which has seen life as a stage and a movie house, is now a nightclub and multidisciplinary space where D.J.s like Questlove have spun.

The crown jewel of the latest incarnation of L.A.’s Broadway may be The Theatre at Ace Hotel, with its 1,600 seats and Spanish Gothic-influenced architecture. Its three-story lobby lights up with flashes from cameraphones before performances; nearly every concert-going Angeleno seems to have a picture on Instagram of the high-arching ceiling, the intricate details carved or forged into every banister and railing, and the chandeliers.

Inside the theater, bands like Wilco, Elvis Costello and Florence + The Machine have each performed, But the space has also hosted the L.A. Dance Project, David Lynch’s Festival of Disruption, and, harkening back to its United Artists days, movie premieres.

“As we started booking, obviously music came first,” said Kelly Sawdon, Ace Hotel partner and chief brand officer, “but we had started a lot of other conversations. We had started putting calls out and just saying, ‘come check out our theater, maybe there’s something that we can do together.’”

If The Theatre at Ace Hotel is the black-tie affair, then The Regent is the jeans-and-sneakers alternative. Built in 1914 as the National Theatre, the Main Street space was shut down in 2000, its latest incarnation being an adult theater. It took more than a decade for the downtown Los Angeles renaissance to reach the abandoned Regent, when local independent music booking powerhouse Spaceland Productions entered into a long-term lease.

“This one just seemed like the easiest to convert,” said Mitchell Frank, Spaceland’s co-owner, adding quickly that he may not have done the restoration had he known the government red tape involved.

A two-year reconstruction project, including adding a mezzanine and, because of decay, removing the Deco-style ceiling rosettes, finished in the fall of 2014. What now sits in the historic shell is a much more flexible space, with no affixed seats. Live music, dance nights and even a music flea market have found homes here.

While The Regent does not have all the ornate detail of its brethren on Broadway, its proscenium arch and wall moldings acts as reminders of more than a century of changing trends in live entertainment.

In Mr. Frank’s view, the place to be is Main Street in the historic part of town. “Because we’re a little bit off the beaten path,” he said, “we can be a little more creative in our bookings.”

Story link and video at: https://www.nytimes.com/2017/08/25/travel/downtown-los-angeles-la-movie-palaces-music.html 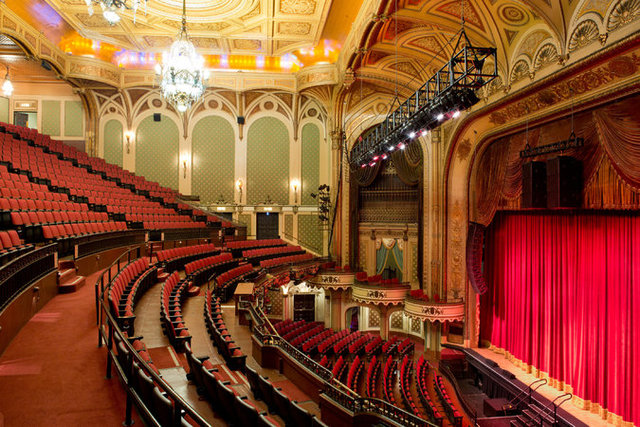 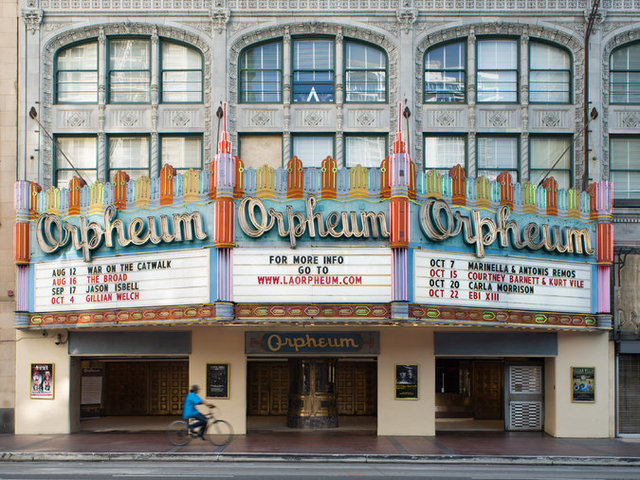