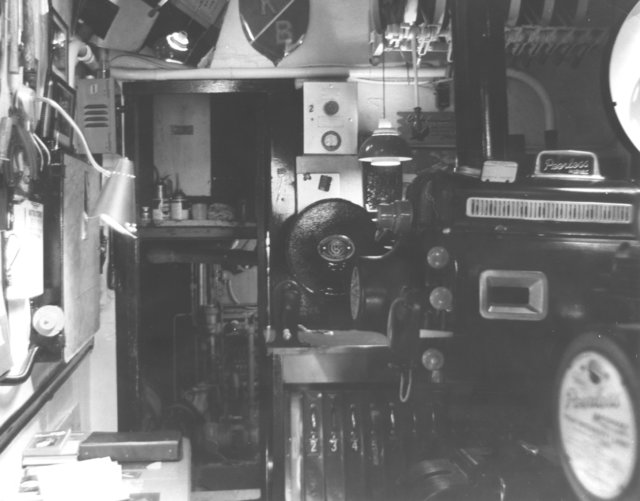 The booth was built on stilts over the alley and was an add-on to the theater. It was rather cramped but functional. Projectors were Simplex XL with Peerless Magnarc lamps. There was also a Garrard record player that was connected to the surround speakers.