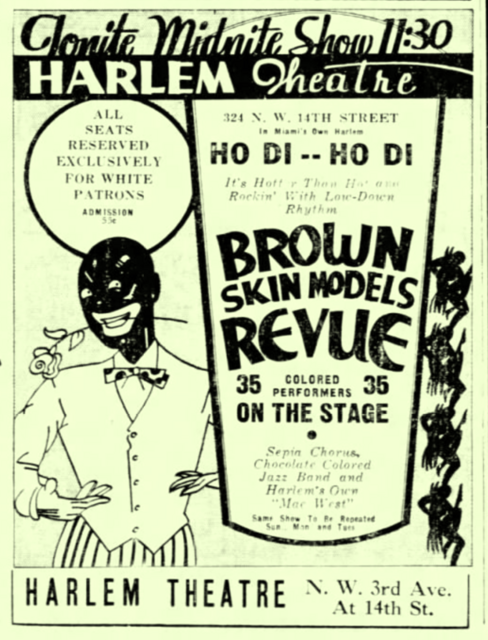 Over 2,000 patrons showed up for the evening show and so did Miami police who said they would arrest all of the African American cast if they presented the show with any White patrons in the audience. Wometco was outraged by the late notice cancellation and said that the Lyric Theatre had a similar show without incident in 1932 (that ad is posted under the Lyric’s Cinema Treasure page).