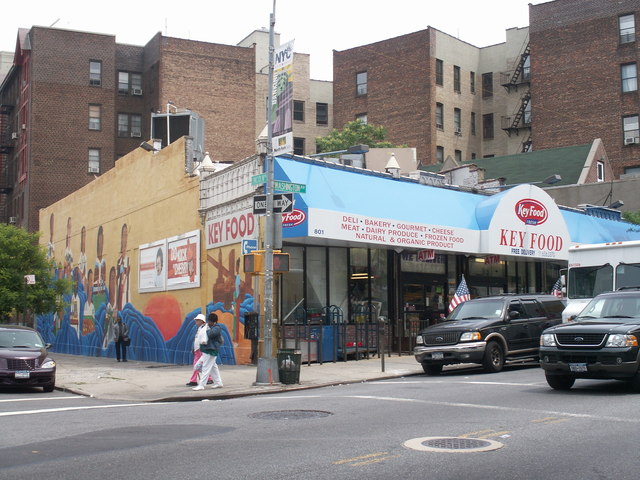 A small theatre on Washington Avenue at Eastern Parkway in Brooklyn. The Strand Theatre was opened in 1914. In 1936, it was renamed Bell Cinema, and closed in 1953. It was converted into a supermarket. It was demolished around 2017 and an apartment block has been built on the site.

Actually it was known as the Bell Cinema. It had a very ‘art deco’ marquee – very modern back then. I lived around the corner on Eastern Parkway when they opened it – 1936 or thereabouts sounds about right. Didn’t go too often as a kid unless I was with my parents seeing something they wanted to see. My only vivid memory is seeing Kind Hearts & Coronets while sitting in the balcony – I guess around 1949 or thereabouts.

In 1937 there was a Crystal Theater listed in the Brooklyn telephone directory located at 327 Washington Avenue in Brooklyn. Does anyone know anything about it being listed under another name in a different time period ?

Fascinating that specialty films ran in several Brooklyn neighborhoods in theaters like the Bell, the Astor, the St. George.

This looks to have sadly been demolished and turned into a high-rise apartment by about 2017.