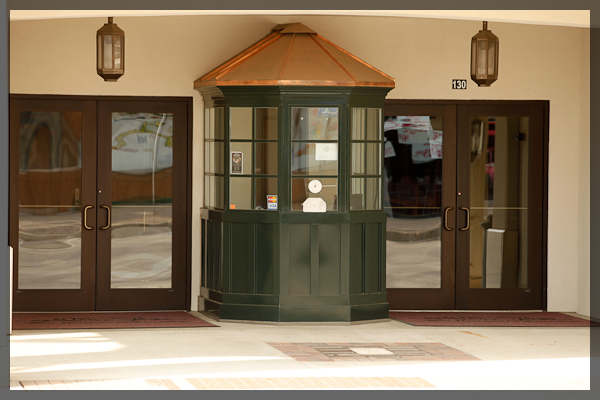 The McSwain Theatre opened in 1920 as a movie/vaudeville house. It featured movies into the 1980’s. It has been completely re-furbished and restored. It is now a venue for a live music and variety shows. It features country, gospel and 1950’s music as well as classic movies.

The obituary of Foster McSwain was published in Boxoffice, May 19, 1969. It says that upon arriving in Ada in 1917 “…he acquired the Ada Liberty, following up this purchase with the Majestic, which he renamed the American. In 1919 he purchased a site at Main and Townsend streets and built thereon the McSwain, which still bears that name. During the big days of his operation here, he also built the Ritz and Kiva theatres, which he operated several years. Both these theatres have long been dismantled.”

McSwain operated the theaters in Ada in partnership with Griffith Consolidated Theatres starting in the 1920s and eventually became a director of Griffith, later to become Video Independent Theatres, and vice president of the Griffith Realty Company.

The McSwain Theatre got an extensive refurbishing in 1956, according to Boxoffice of May 19 that year. In addition to redecorating the lobby and auditorium, installing air conditioning, tiling the rest rooms, and adding new glass doors for the entrance, Video Independent installed a new marquee. According to a June 23 item, the house had reopened after ten weeks. There was new carpeting throughout,the seats on the main floor had been reupholstered and entirely new seats had been installed in the balcony.

The McSwain was twinned in 1972. The May 15 issue of Boxoffice said: “The new Mini penthouse theatre in Ada, created from the balcony of the McSwain Theatre, began operation April 27, with ‘The Hospital’ as its first film.”

In 1991, the dark McSwain could have been picked up for a song. The May issue of Boxoffice said the house, in good condition, with two screens, heating and air conditioning, but lacking seats, concession stand, and projection equipment, was available on a lease-purchase arrangement, or for immediate sale at $40,000.

A very nice restoration of the exterior. Wishing the theatre good luck in the future years.

From 2010, photos of the McSwain Theatre in Ada. [Please click thumbnails for larger view].

You’ll enjoy this link with lots of pictures,
http://mcswaintheatre.net/index_20.htm

This link a tiny bit of history on the Liberty Theatre, http://mcswaintheatre.net/index_20.htm

great pictures All. thanks.

I’m interested in quality photos of the large metal McSwain Theatre marque, the one that was there from the ‘60s through the recent renovation. Please contact me at ryanmcswain at gmail dot com if you have access to any. Thanks!

Celebrated a transformation to widescreen presenting CinemaScope titles on October 28, 1954