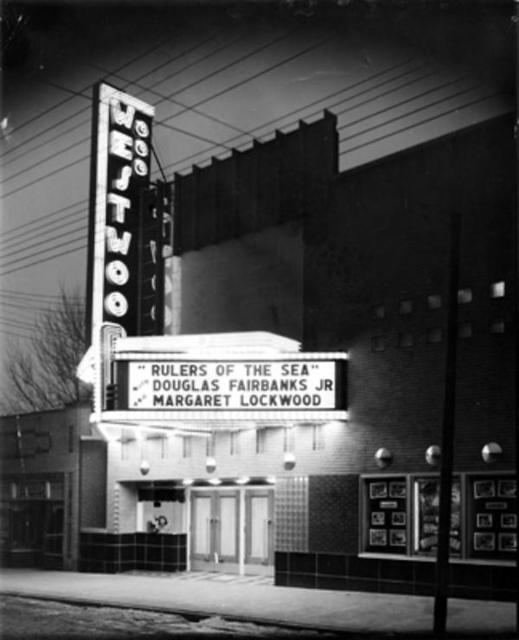 Opened in 1940 as a 900-seat, single screen theatre for Louis Wiethe, the Westwood Theatre was still open in 1950.

Never been to Ohio.

YOu have been to Ohio i know.Kentucky is right betwwen you guys . I have even been to OHIO.

Oh you World traveler you.I do,nt get out much.

you outta a least get to east TENN. Quite a few old Drive ins in that area. I think one outside Knoxville is still showing movies.

Got my first kiss, circa 1962, in this theater. Thank you Sally Fosco wherever you are! Last visit was in 1982, saw Polanski’s “Tess.”

I worked at the Westwood from the late 1940’s thru mid 1950’s. Wiethe family sold out to S & S Amusement co in early 50’s as I recall. S & S also owned the Cheviot Theatre and the large Twin Drive In on Reading Road.

I used to go to the Westwood quite often. In late 1981 after coming home from the military, I got kicked out of the theater for smoking in the auditorium. I had an attitude those days, and when the usher told me to get the F out of the theater, I had no choice but to challenge him. I was banned forever. I went back a couple of months later, though. Didn’t smoke, either! I eventually quit drinking, also. What a punk I was back then. Now I am a cop getting ready to retire next year!!! God, I miss being a kid!!!

Hey this is Sally Fosco and I remember that kiss! I loved the Westwood and went there almost every weekend. It cost 25 cents to get in and another 5 cents for your box of Milk Duds. One of my favorite memories (besides the kiss) was getting up and dancing in the aisles during “Twist and Shout.” I also went to the Cheviot and remember bats flying around during the movie. The good old days, sometimes it’s hard to let go.

Architect for Westwood was Fred W. Stitzel out of F&W Costruction.