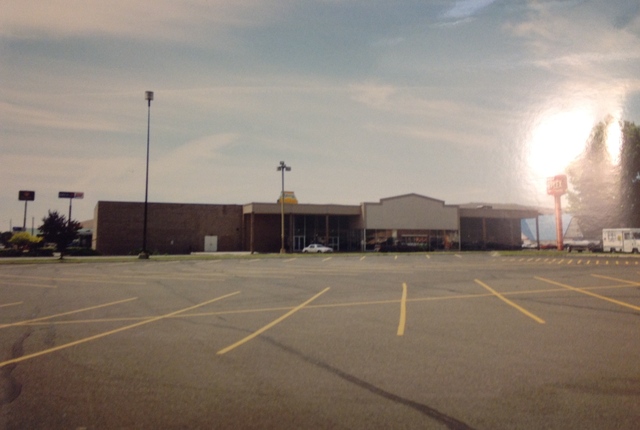 This was a beautiful theatre. The lavish queue posts with gold velvet coverings had turned brown over the years from hand skin and oil, but its character still showed through. The sound system from house one was ahead of its time. The “Voice of the Theatre” woofers even cracked the foundation after a 70mm showing of “Star Trek III”. Its ‘Peliculas Mexicanas’ Sunday fare of popcorn and Pepsi added to its multi-cultural character. The heyday of its showings of “Crocodile Dundee” and “Beverly Hills Cop II” could still be felt inside this now-renovated theatre. It was closed & demolished by July 2007.

This theater has since closed and has been demolished.

I use to work that this theatre from 1999 to 2002. I had the opportunity to work my way up into the projection booth and gain some very valuable knowledge. The theatre it self was originally a twin with a lavishly large auditorium seating over 500 persons on it’s own, and a shot gun style auditorium for the twin seating about 300+.

Later there was an addition to the theatre of 2 more screens making it a quad. The theatre operated as 2 individual theatres with 2 box offices and 2 concession stands, and 2 screens each. These screens seated 300 or so each. It was then expanded to a 5-plex, adding a third screen to the new addition adding another 250 seats. It was then expanded again into a 6-plex and this addition added on another 200 or so seat. The final renovation made to it in the late 90’s was the bringing down of the wall that divided the 2 cinemas as a twin and a quad, and turned it into a true 6-plex. All together the cinema seated more seat that the Yakima Cinema or Majestic alone at almost 2000 seats (1850 estimated). The 2 cinemas were able to be gone between threw the backroom for the concession stands. The 2 Cinemas were run by the same crew, and you were assigned to the twin or the quad for the day as a concessionist or box person.

The two concession stands (one faced east, and the other faced west) were now turned to face north and could have 14 registers operating, 4 popcorn machines, an 2 hot dog machines. All in all, it was the largest concession stand East of the Cascades. The box offices were turned to face south into the concession stand and was able to operate 4 registers, but never needed more than 2 most of the times, except during Christmas when they sold gift certificates at one window solely.

In 2003, Yakima Theatre broke ground not to far away over next door to a Toy’s R Us for their brand new “Majestic” Cinema. Sadly it’s name doesn’t reflect the cinema itself. As that theatre was nearing completion, projection equipment, Century SA projectors and Strong Super Platters, were moved slowly to the new location. Slowly the cinema returned to what it used to be until it finally closed in 2005 completely. The structure was then used by the local fire departments for training purposes until it was demolished in late 2005. Picture of the Fire Departments training practices can be seen on Cinematour.com

As stated by droben, this theater is closed and demolished. It was first known as the Mercy Twin when build in 1972 by Mercy Theaters, before it was expanded a few times, as mentioned by filmhandler.