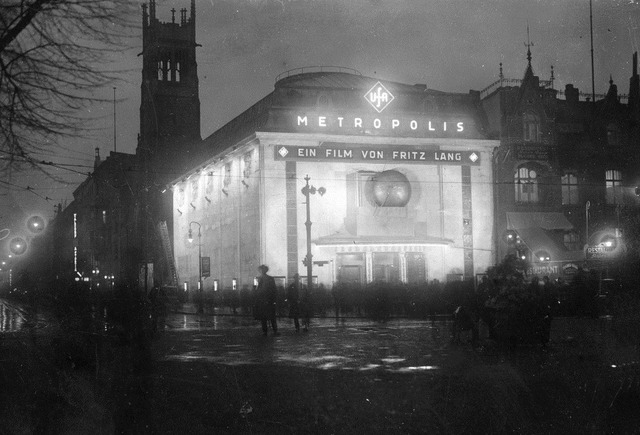 Built in 1912, the Cines was an impressive cinema that looked good both externally and internally. It opened on 19th March 1913 with “Quo Vadis?”. The architect was Oskar Kaufmann. Seating was provided for 474 in the orchestra, 122 in the balcony and 44 in loge seats. By 1916 it was called the Union-Theater, it came under the control of the Ufa chain for the remainder of its life, with another name change from 1925-27 it was called the Ufa Theater am Nollendorfplatz. When the Berlin Premiere of Fritz Lang’s “Metropolis” took place in January 1927, the cinema had been re-named Ufa-Pavillon. This was the only time the full length version of the film was ever shown.

It remained the Ufa-Pavillon until 22nd/23rd November 1943, when it was closed due to its destruction by RAF allied bombs. A block of 1960’s era apartments now stands on the site.

A picture of the theater during the premiere of “Metropolis:” View link