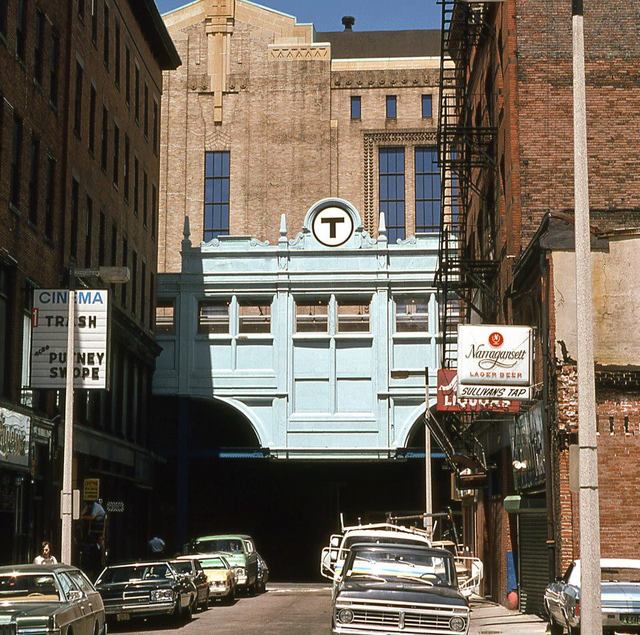 The theater under the elevated on Causeway Street was E.M. Loew’s West End Cinema. It was originally built as the Lancaster Theatre, and ended its life as the West End Pussycat. It was torn down in 1990.

With reference to the cinema visit mentioned above, I just looked in my travel log, where I sometimes entered movie and theatre visits, and found that I attended “Cinema 3 near North Station” on Tuesday, December 2, 1980. This implies that there was a “Cinema 1 and 2” nearby.

1974 photo added courtesy of the Dirty Old Boston Facebook page. Films on the marquee were released in 1969 & `70, though neither were pornography films. So it appears North Station Cinema 1 was also trying to be a revival house.

Two screens on February 11th and three on May 4th.