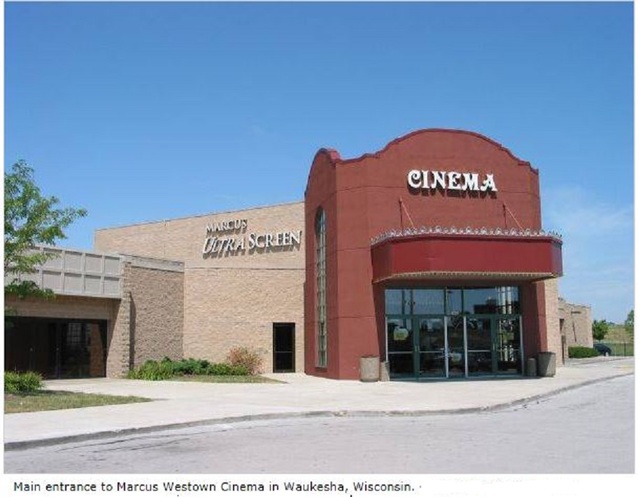 The Westown UltraScreen Cinemas was a nine screen theater operated by Marcus Theatres. It opened in December 16, 1983, and had stadium seating and all digital sound.

It was closed in February 2007, and has been demolished.

Both this theatre and it’s sister theatre across the Interstate highway (Westpoint Cinema) are going to be demolished sometime in the near future, I believe in 2007. The Marcus Corp. is building a brand new theatre just around the corner from the existing Westown Theatre, it will replace both of the existing theatres (Westown & Westpoint). I assume it will have at least one “Ultra-Screen” if not two. I’m not sure of the screen numbers for the new one. When I find out more I’ll post it.

Ha! Someone beat me to it, click on Westpoint Cinemas for more info!

This theater should now be listed as closed. Marcus has now opened the new 16 screen Majestic nearby.

Marcus gave free popcorn that weekend to keep people away from the brand-new General Cineams Mayfair 18 that opened on the same date.

Unfortunately, they don’t have the 12/16/83 issue which probably contains a more significant ad.

This Theatre had nice write up in BOXOFFICE,July 1984 dicussing the unique “angular figure eight concession stand.It had Almost 100 feet of counter space.Three complete service stations,and enough room for six to nine concession stand girls.10 automatic portion controlled soda heads.200 pound ice machine with a 1,100 pound machine in the back kitchen area.Marcus theatres said "they want the most number of people to be served ,quickly and efficiently. I would think they would.What a set up.

oh, the employees uniforms were designed from the 1920’s period of moviegoing.

Could someone repost the ads from the comments? Because it appears the links are broken.