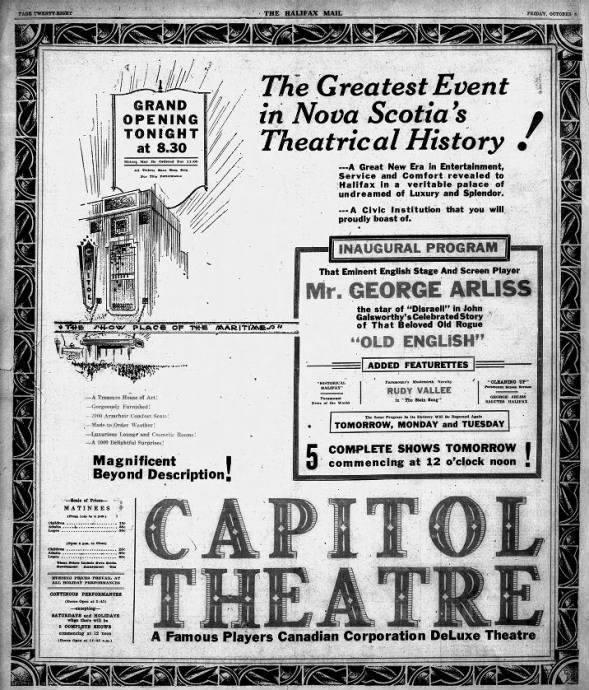 I added an interior shot of the auditorium from 1930 to the photos section.

The theatre opened on October 31, 1930, with the film “Old English”, starring George Arliss. It closed March 24, 1974, showing a double-bill of the Disney movies “Son of Flubber” and “Superdad”.

This was at the corner of Salter. The Maritime Centre now stands on its site.

Someone should remember this Ralph Kneebone the manager had a promotion on a movie! Something theatre managers today have no idea about.Mr.Kneebone had personal appearance of the Frankenstein monster to promote “FRANKENSTEIN MEETS THE SPACE MONSTER” he wanted to boost ticket sales at midnight. Thanks Mr. Kneebone.Glad i could get you on CT. Feb. 10 1969.