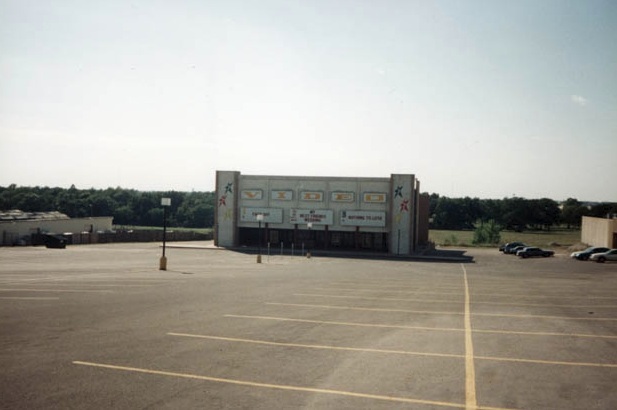 The Video 1 & 2 Theatre was opened July 14, 1972 with Jack Lemmon in “The War Between Men and Women” & Jon Finch in “Frenzy”. Video 1 screen downstairs was later divided into two screens, making it a triple screen theatre.

I will post what I know. I am the Grandson to Thomas Griffing. He and his brother owned Video Independent Theatres (VIT) They had built and operated over 100 Theatres. They also owned Vumore that was under VIT’s control. This is all before RKO came into the picture. Vumore was a cable company and attempted to run the first pay per view in Bartlesdale Ok. over cable for first run movies. Henry his wife and 2 grown kids died in a plane crash in 1961 flying from NY to Oklahoma. After this Thomas sold Vumore to RKO as they were getting into the cable industry. The name actually changed from Vumore to Cablecom in the late 60’s early 70’s. My Grandfather died in the early 70’s but my uncle James continued to operate theaters for many years. If you search Vumore or Henry/Tom Griffing alot of information comes up on theaters. Tom also owned Griffing Theaters and Griffing Construction which built theaters. Thanks

This is a November 1972 ad from the Lawton Constitution. They only mention two screens.
http://tinyurl.com/rbg495

It was a twin when in the planning stage, according to an article in Boxoffice Magazine, May 24, 1971. The lower auditorium was to have 800 seats and the upper 300 seats.

The February 21, 1972, Boxoffice said that construction was underway on the Video 1 and Video 2, twin indoor theaters in Lawton, and the new house was expected to be opened by late June.

Another Boxoffice item, from March 11, 1974, doesn’t mention this theater by name, but says that Video Independent had acquired the Showcase Cinema I & II in Lawton, giving them two twin operations in that town.

On this site a blurred snapshot of the Video Triple Cinema can be seen
http://www.roadsideoklahoma.com/node/420

This opened on July 14th, 1972 as a twin cinema. Grand opening ad in photo section.

Opened on screen 1 with “The war between men and women” and on screen 2 with “Frenzy”.

Per Rob Duncan:
“downstairs was originally one theater, a 70mm screen. The 70mm film format did not last and eventually the downstairs was turned into two theaters. I saw movies downstairs in the mid-70s on the wide screen.

Per Matthew Boeschen: “It had 2 screens downstairs and a third screen upstairs.”

Per Rollin Robinson: “The walkers owned the video vaska showcase and the 82 drive-in