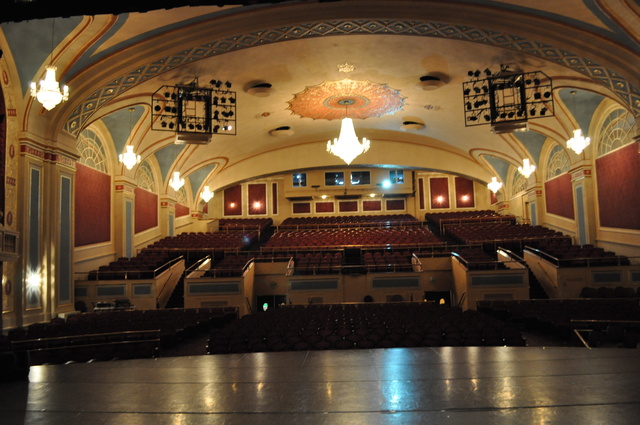 The Strand Theater was built for the Ferber Amusement Company and opened on July 13, 1922 with Mae Murray in “Peacock Alley”. It was designed by architect Thomas W. Lamb, to serve as a tryout venue for Broadway shows before they actually went to Broadway, and the first of these came a week after opening, when Florence Reed starred in “The Devine Crook”.

However, within a couple years of its opening, the Strand Theatre began to host vaudeville shows and silent films, as well as the occasional play or musical. Among the stars who appeared on the Strand’s stage early in their careers included Burns & Allen, Milton Berle, and Ray Bolger.

In 1981, the vacant but still intact Strand Theatre was added to the New Jersey Register of Historical Places, as well as the National Register of Historical Places. A few years later, a campaign was kicked off to raise funds for the theatre’s restoration, but actual restoration of the Strand Theatre did not begin until 1992. Within a year, the theatre reopened as a performing arts center, looking very much like it did when it opened 70 years before.

I show a listing from 3/14/80 that the theatre was showing adult films. Is this what was there when it closed?

Listed as a Lightstone Theatre in the 1985 International Motion Picture Almanac.