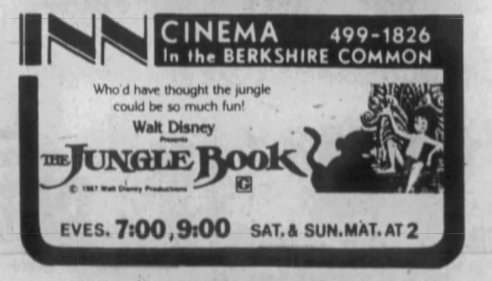 Located at the downtown Berkshire Common. The 250-seat Inn Cinema was opened by Esquire Theatres of Boston on April 14, 1972 with Timothy Bottoms in “The Last Picture Show”. It was located at the plaza level. Berkshire Common is at the corner of South Street and West Street. It was later twinned and closed around 1983.

In the early 80’s, this theatre was run by the same people who ran the Cinema Center and carried films that had bombed at their primary location. At that time, I believe it went by another name, not the Inn Cinema, but I could be wrong (memories from when I was 10 or 11 years old). It was a twin plex with extremely small “auditoriums”, each seating under 100. Looking much like a retail store that had been converted to a cinema, the auditorums had level floors and the lobby was about the size of a restroom. The theatre was located, in what was basically the corner of the basement, across from the then “Branding Iron” restraunt/lounge. I recall the decor being rather dark, perhaps, black/gold. A free standing marquee was located adjascent to South Street and stood long after the theatre had closed. If memory serves me, this theatre closed circa 82'/83'.

Another odd feature I seem to recall; at least one of the auditoriums was located at a slightly higher level than the lobby. A small set of stairs (maybe three or four steps) was located on the right side of the concession stand, accessing the auditorium from the left rear. I am unsure if this was the case for the second auditorium, as I only attended this theatre once.

I worked as an usher at this theater while in High School and was there when it closed. There was only one auditorium and it was very small. There was no second auditorium at all. The interior decor was dark, the walls were drapped with a thick navy blue material and that matche the seat upohlstery and carpeting. This color scheme made it extremely dificult to see once the theater was darkened and I often had to assist late comers to in finding a seat. 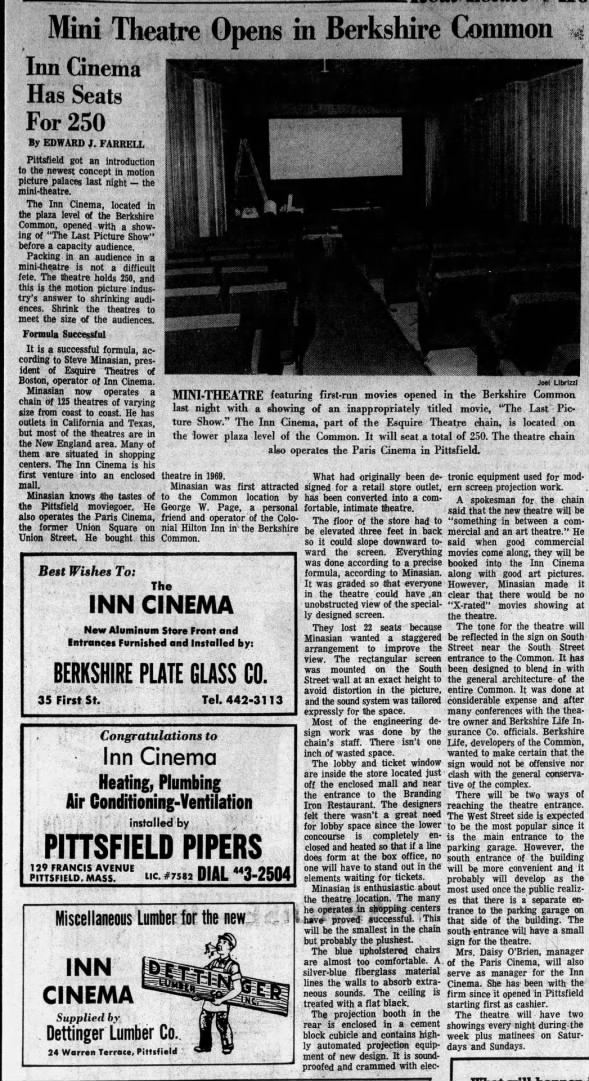