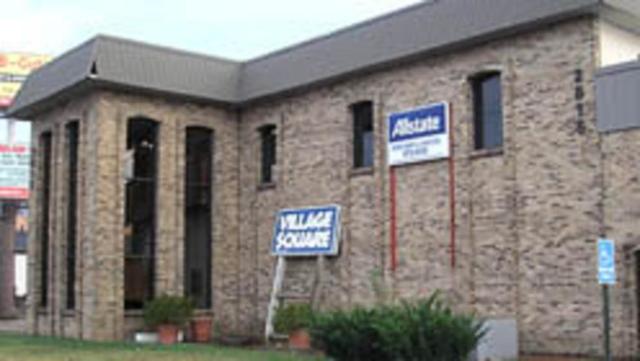 The entrance to the Donelson was catty-cornered to the intersection. I don’t remember much of the outside walls. Anyway, the theatre was a dump. Saw Georgy Girl there in the 60s. Made a mental note to make sure to check that a movie was playing somewhere else if it was playing at the Donelson. I didn’t live in Donelson, I lived off Murfreesboro Road, but we’d hit the Donelson’s Shoney’s when I was a teenager.

This building was the Donelson Theater. It is an office building now.The bowing alley is still going I think.

TLSLOEWS, do you have any photos or ads from the paper.Another Martin Theatre?

This theatre is listed as demolished,but it is still there it has been redone so that it looks nothing like a theatre now.

The photo mentioned above is indeed of the refurbished building. I have owned the building since 1993 and been a tenant of it since 1991. Dr. Thomas Friddell had his medical practice there from the time it was converted until he retired about 3 years ago. Summitt Medical had bought his practice 6 years before and had built him a new facility at the Summitt Professional Building next to the hospital. He went and looked, but threatened to retire if they made him move. Once he retired the younger docs wanted the newer facility, so they moved. Inside, on the first floor you can remove panels of the Celetex drop ceiling next to the outside walls and see beautifully painted clouds against an azure blue sky with occasional flying objects—birds, balloons, planes. Ray & Gerry Campbells' AIM Insurance business has been in the building on the single story side for about 35 years. The barber had been there for about that long, but we found out he was cabbaging the electricity for his heat and AC from the two story side of the building. I actually lived in one of the upstairs offices for 3 ½ years (bathroom down the hall). The building looks nice enough, but the plumbing, heat & AC and electrical part of the building is not in good shape. So, you might want to take one last look before it disappears. No matter what happens to the building, one would hope that the beautiful rock wall surrounding it on three sides will be preserved. Donelson old timers have said that the wall was built by the CCC. The Donelson Bowl is still operating, but not profitably; so it too will likely disappear within the next few years. No one will miss the theater more than I will!

As of Dec 3rd 2011 I noticed the old Donelson Movie Theater Bld. was completely torn down. I stopped by and got a couple bricks from the original bld. as I spent many a Friday night going to the (Show) as we would call it ,just for keepsakes , that was back in 1969-1973 , I was bout 12 back then and Im now 53. Lots of times instead of going inside to the show we would all just go and hang out outside behind the building by the ramp going up to the bowling alley and smoke and cuss and this and that !!! ,,, lol ,,, that was back in the good ole days.Yep and me too like Bauhaus Id sometimes get in the car with some of my older friends and cruise the Shoneys which is not there now either.

Yes, this theater was completely demolished, and a Thornton’s gas station was built over the site. I am curious what happened to the businesses there. Were they able to relocate, or did they just close down? I don’t think they were very profitable businesses, so I didn’t know if they were able to relocate- at least the ones on the one story side. The ramp up to Donelson Bowl is still there, behind the Thornton’s building.