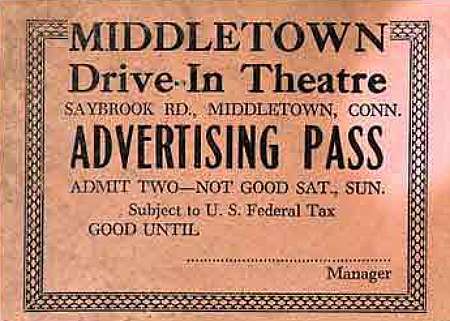 Now the site of Middlesex Hospital.

From the June 11, 1955 issue of Billboard: “Sal Adorno Hr., formerly assistant general manager of M&D Theaters, Middletown, Conn., has opened his first drive-in theater, the $200,000, 875-car capacity Middletown on Route 9, Middletown, Conn. The theater features a screen measuring 120 feet wide and 52 feet high. A corner of the concession building is termed the Diaper Den, where mothers may tend their youngsters.”