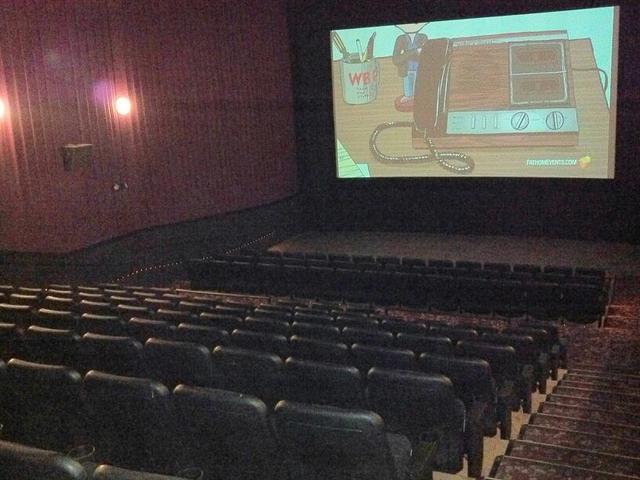 Originally opened on December 15, 1978 in the the Susquehhanna Vally Mall as the 4-screen Fox Theatre. It was expanded to 12 screens on February 22, 2002.

Was originally called Fox Theatres, opened in the late 70’s, as a 4 screen theater. Attached to the Susquehanna Valley Mall. Fox talked of expanding and even had a sign along route 11 in front of the mall in the late 1980’s saying so but it never happened, was sold went under the name Carmike for a time in the 1990’s before being renovated & expanded.

They had one theater devoted to Dolby surround, if memory serves me right it was theater 4?

The Cinema Center of Selinsgrove combines old and new. In 2001, the original four Fox theaters were remodeled. The following year, an expansion was added, bringing the total screen count to twelve. It is currently equipped with a digital auditorium for 3-D movies.

On April 20, 2012, this theater changed ownership. It was sold – along with three other Cinema Centers – to the Digiplex Destinations chain. There are plans to convert the theater to all-digital projection, with live events also beamed in via satellite. The theater is now known as Digiplex Cinema Center of Selinsgrove.

Digital conversion completed for all screens as of July, 2012.

Digiplex Destinations sold this theater to Carmike in July 2014.

Carmike sold this theater to AMC in January 2017.

Does it have recliners? 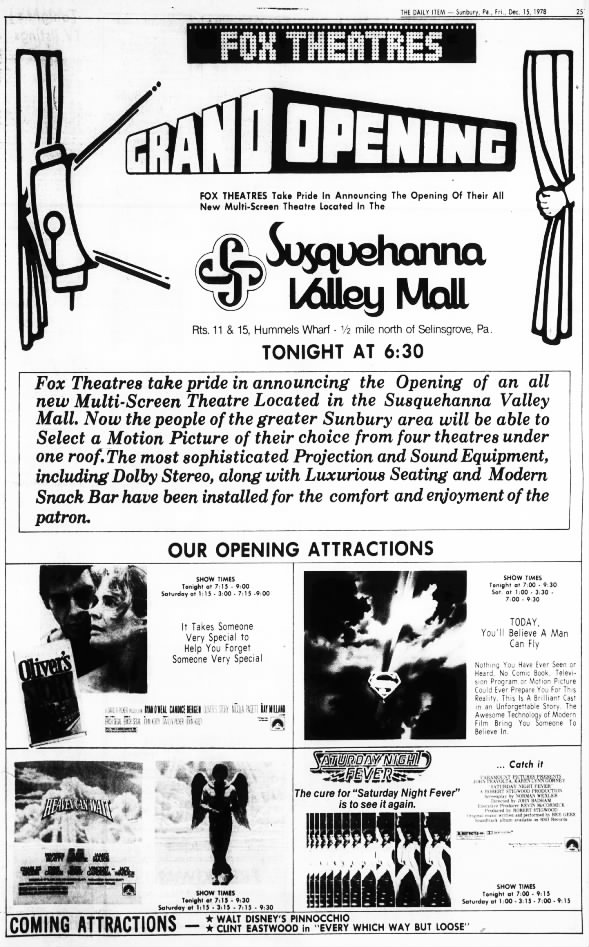