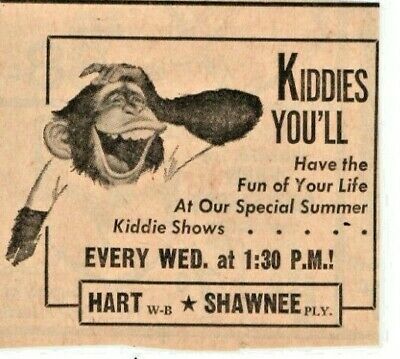 By 1950 the Hart Theatre was operated by Comerford Theaters Inc.

The Hart was the largest W-B theater that was not downtown, being in the “Rolling Mill Hill” section. It opened in 1938 and had only a 30-year life. I never saw it except in a great state of deterioration, as it sat empty for nearly 25 years before it was demolished for a church parking lot. It was named for a 1920’s mayor of W-B who also gained some fame as an actor.

It was actually a dress factory until 1987 or 1998. Stanley Mfg. owned by Stanley Silverman later his wife Alice. My mother worked there my entire childhood and young adult life

This opened on January 22nd, 1938. The grand opening ad is in the photo section.