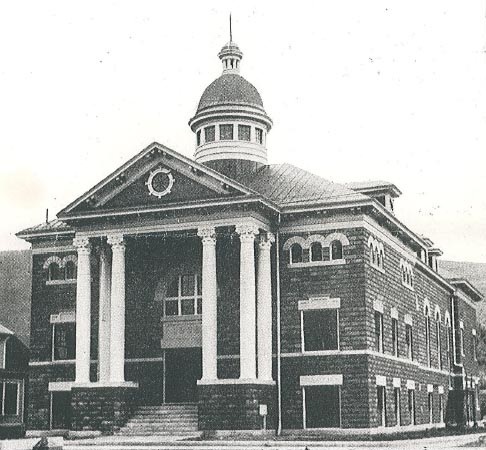 The address of the Homer Town Hall is 31 N Main St., Homer, NY 13077. The Capitol Theatre used the building’s main entrance, so would have had the same address.

A fairly detailed history of the Town Hall can be found on this web page, which has a single photo of the building’s Colonial Revival exterior.