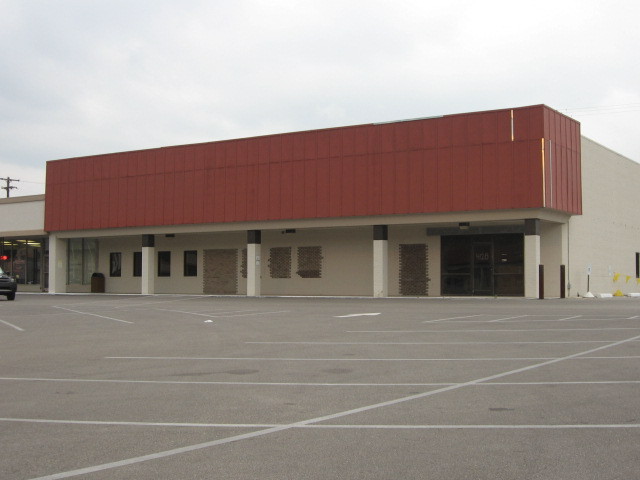 This was one of the local neighborhood shopping center theaters like the Balmoral (q.v.) that got built just in time to be done in by cable TV and VCR tapes. I first saw it in 1972, so it must have been built not long before then. Saw “The Harrad Experiment” there, which with considerable FFN both male and female was very daring for the time. Lloyd T. Binford must have rolled over in his grave.

Later I saw some similar shows there, for example something set in a swamp with Claudia Jennings and many alligators, but my impression was that the theater never caught on and was eventually closed and converted to other uses or else demolished. It was only a few blocks north of the much larger Southbrook multiplex, which may also have been a factor in its demise.

I remember it opening in the late ‘60s or early '70s. Personally, I preferred going to the Whitehaven Cinema just across the street.

The building with the same address listed for the Cobb Theatre has been posted. Remnants of exits below ground level appear that it was either a twin or a tiny four-plex.

“I saw some similar shows there, for example something set in a swamp with Claudia Jennings and many alligators…”

That would be “Gator Bait.” Great drive in movie. Ran it at the NE Expressway Drive in in Atlanta with its co-feature of “Unholy Rollers” which was another Claudia Jennings movie we had run a couple of years earlier. Those were the days.

This theater was a twin known as the Whitehaven 2. It opened in 1971 (I think) about the same time as the Fare 4 and the Frayser 3, which were also initially part of the Cobb chain. It did not last as long as those. It closed sometime before the 70’s ended. When it opened in 1971, the only other indoor theater in the Whitehaven area was the Whitehaven Cinema, which had been in operation since 1966. That theater was turned into a two screener in 1973. Also, the UA Southbrook 4 opened in 1972. I guess there was just too much competition for this one after a few years.

Saw a SOUND OF MUSIC re-release here in what would have been very late in its existence, possibly 1977. My recollection is that this one was a four-screen by that point, but I can’t swear to it.