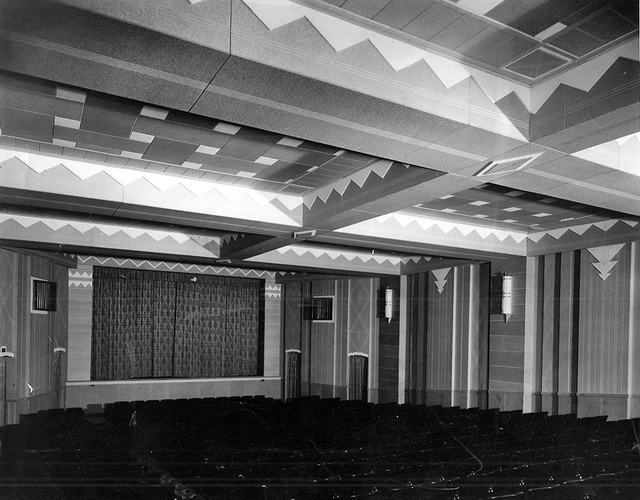 Built in 1911 with seating for 500, the Gem Theatre was located on Main Street in Charles City. It operated at least into the 1950’s. The building was razed in the early-1970’s and today there is a park on the site.

also, the gem was built by the wright bros. local contractors then in 1911 and torn down in 1972 after being used for the melody lounge a night club.

The theatre sat on an old mill site next to the Cedar River with a big open area of water underneath it…The foundation and floor of the basement are still there and it is like a park on top now….When the building (at95 n. Main) was torn down in 1972 they discovered that the dam, the bridge and the theatre foundation were interlocked. They actually tore down the building wasting it forever..great planning. I spent many a childhood days there watching movies, cartoons and serials. It was re-opened after it had officially closed and the Ten Commandments (1956) was shown there and kids were allowed to go on a field trip to see the movie..then it was empty for awhile and later made into the Melody Lounge until torn down.

I still can’t believe no one can accept the address of95 n. main…since I live here and see the other bldgs every day…for those who know a little about the town the bldgs in the next block north are all starting with 100 and so on…accept it!!!!!!

The map is incorrect. The theatre was a block south, not on the corner of Clark St.

Hey, Dave, how ya doin? Are there any good sites on the history of CC?

Do you have any more information about who originally owned and operated this theatre? I am fairly certain that this is the theatre that my great grandmother owned and my grandpa worked in as an usher.

My grandfather was Benjamin Franklin Wright, who built the Gem with his brothers, Claire being one of them This was my Mom’s father and uncle. After the double tornado in 1972 that just about erased Charles City off the map, the Gem was torn down.

for people with interest in Charles city iowa, I have a facebook group which has many pics of our two theatres that we had (only one left, the Charles)…you have to friend me on flacebook its dave scrimger and my icon is a guy on a red motorcycle….secret group so you have to do it my way.