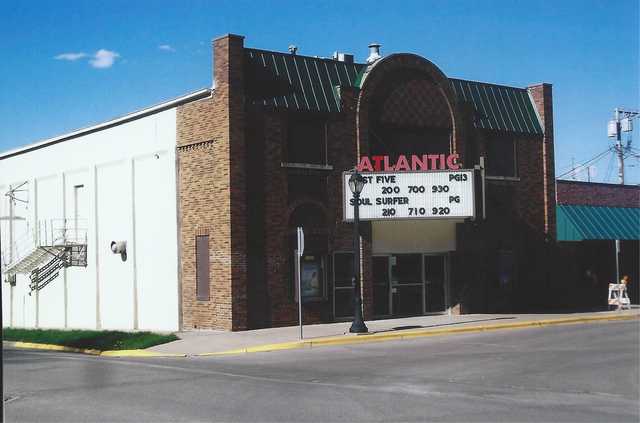 The 1963 motion picture almanac lists an Atlantic Theater in Atlantic, IA. This would presumably be a predecessor to the Atlantic 1&2 if the latter theater opened in 1990.

I added the earlier Atlantic, as yesterday I found a 1920’s article about a fire in the theater.

From the March 4, 1950, issue of Boxoffice: “R.W. Steen, whose Atlantic Theatre in Atlantic, Iowa, burned recently, is to rebuild. O.C.Johnson, manager of the wrecked showhouse, and of the Strand of Atlantic, made the announcement.”

I can’t find any other references to a Strand Theatre in Atlantic, but there are quite a few references to a Grand Theater, so I think “Strand” might have been an error in this particular article. Both houses were operated by Pioneer Theatres.