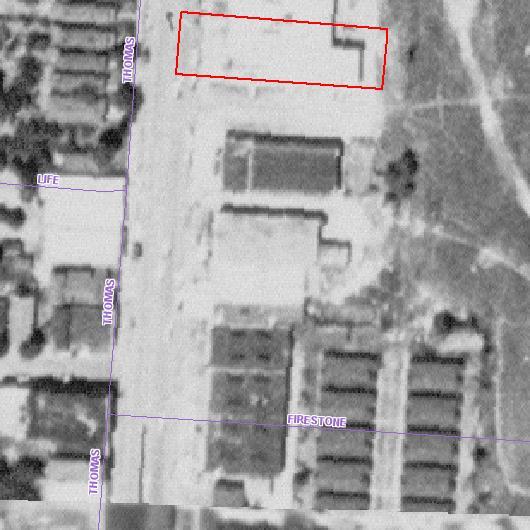 The Belz family, Chalmers and Edward Cullins and Nate Evans partnered to build the Savoy Theatre in 1939 to serve the ‘colored’ neighbourhood surrounding its N. Thomas Street address. It was well appointed and management was known for keeping an eye on the youthful employees and making sure they did not neglect their schoolwork.

The Savoy Theatre was closed 1959, and nothing remains but the floor.

I don’t know when the Savoy was built, I can only go back to 1945 when my parents carried my brother and I to see Song of The South. We lived one block over and had the same numbers in our address. The Theater was owned by Chalmers Cullins. He was aslo the co-owner of the W.C.Handy on Park Ave at the corner of Airways Blvd. Thats another story. The theater colosed for a while in about 1954 and my parents reopened it in 1955. It faced West on Thomas St.(Hwy 51North). On the North side was a resturant named The Harlem House on the South side was a barber shop. The projection room had 2 Simplex projectors, sound and carbon arc lamps. The film cabinet had 12 bins. There was a fire door that would slide shut should the fire line break and so would the port hole shutters. There was 2 windows and a ladder at the one next to the recifier switches, no water and no restroom. My job was to open at 6:45pm to 8 and back in the projection room at 10:30 to close. The theater remained open until around 1959.

This might actually be the 4th SAVOY. This one is listed in the Memphis Directories from 1939-1958.

This Savoy was operated by Chalmers Cullins. He, according to his niece, had a reputation for keeping close watch on his employees as far as their education was concerned and was much admired for the help he gave them.