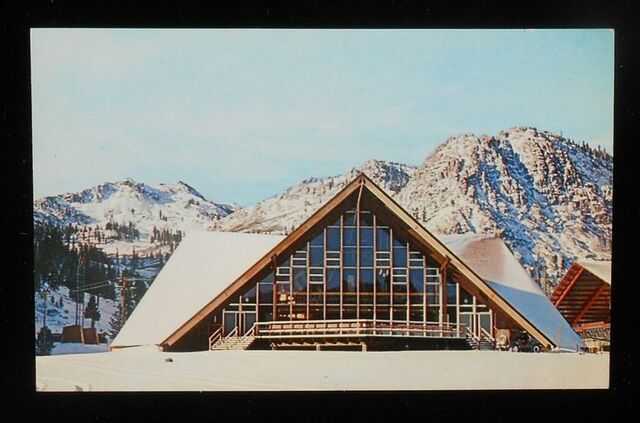 This was the Nevada Warming Hut for the Nevada olympic team. It is located adjacent the Blyth Ice Skating arena in the olympic village. It was converted into the Squaw Valley Theatre and operated until it was demolished in early 2000s