Westwood Theatre of the Arts 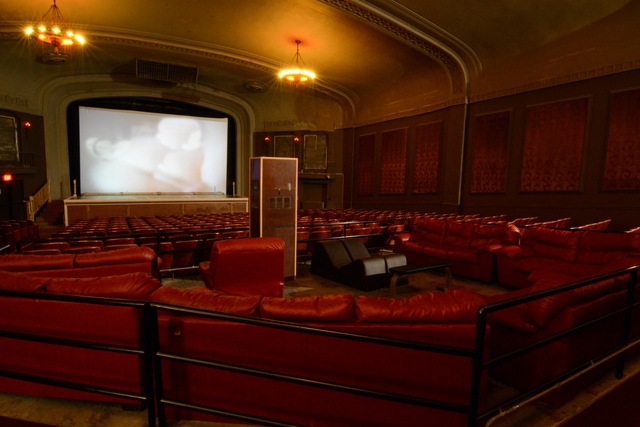 I spent far too many nights in this theatre. The outside isn’t much to look at but the lobby and auditorium were wonderful. It was built originally for Smith & Beidler in 1927, opening in early-1928 with Wallace Beery in “Wife Savers”. It is a ‘sister’ theatre to the Eastwood Theatre (which became a church but reopened as a 2nd run movie theatre and special events venue in late-summer of 2014). The outside of the Westwood Theatre was remodeled sometime in the 1960’s.

back in the 60’s it ran some great films according to the old ads i spotted.

Is the theater closed? Any interior photos available?

For many years until probably the mid 50’s the Westwood was operated by the East Side Amusement Company. The East Side Amusement Company was owned by Martin G. Smith and James Beidler, Sr. The Westwood gained notoriety in the early 50’s when Mr. Smith intentionally showed a benign film without first submitting it to the State of Ohio for approval. The law requiring submission was found to be in violation of constitutional guarntee of free speech (108 N.E. 2d 582, 63 Ohio Law Abs. 452,48 O.O. 310). Mr. Smith was the President of the Ohio Association of Independent Theater Owners for a long period of time.

Article on the theatre’s closing in 2011. http://tinyurl.com/3jsao6s

Actually, upon further inspection, it seems the place has reopened as an adult theatre/ arcade. And it looks pretty nice to boot – http://dremiliolizardo.blogspot.com/2012/11/house-call-good-doctor-westwood-theatre.html

Doc here from The Journal of Adult Theaters website. I have added three new photos of the Westwood Theatre to the photos section, with more new photos to come.

The new website for the Westwood is now online: www.westwoodadult.com

Here is an item from the January 22, 1927 issue of The Moving Picture World Concerning the theater to be built at Sylvania and Belmar avenues in Toledo:

Note that the architect’s first name is in error. The correct name is Alfred A. Hahn.