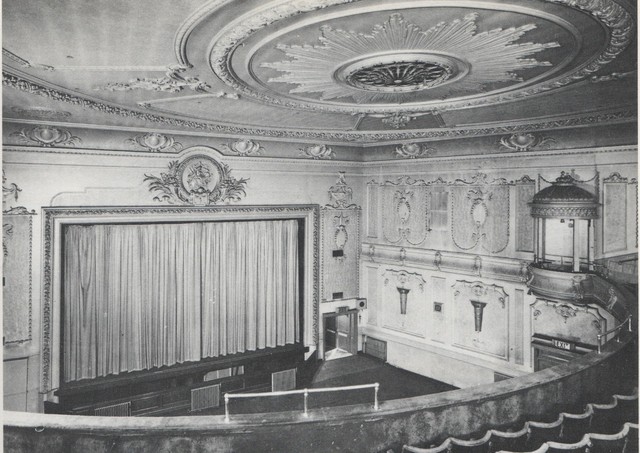 Located in Hackney, east London, directly across Mare Street from the Hackney Empire Theatre. The Hackney Pavilion was a splendid example of an early purpose-built cinema. It was designed by George Billings and Company, by George Billings himself for a company of which he was one of the Directors. The auditorium ran parallel to Mare Street and had a highly decorated facade which included a high-arched entrance at the southern end.

Seating was originally provided for 1,500 in stalls and circle levels. The interior decoration was a supurb example of Edwardian Baroque style, that was an equal match to the equally splendid interior of the Frank Matcham designed Empire Theatre across the street. There were also twin boxes located on each side of the balcony.

Rank closed the Hackney Pavilion on 22nd January 1972 with Sid James in “Carry On at Your Convenience” and Keith Barron in “The Firechasers”. The building was demolished almost immediately and later a bland looking branch of Barclays Bank was errected on the site.

Sadly the Listing of cinema buildings as historic buildings had not begun when the Hackney Pavilion was destroyed. If it had survived today it would most certainly have been listed Grade II* as a prime example of an early super cinema.

A vintage photograph of the Hackney Pavilion in 1971:
View link