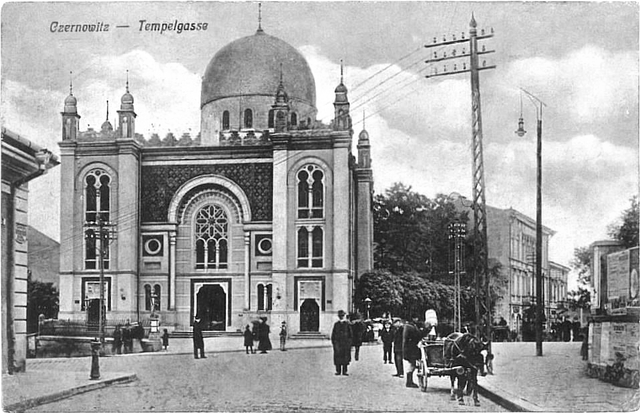 The Kinogoga was built in the mid to late-19th century as a Jewish synagogue for what was then the town of Czernowitz, Romania. During World War II, the synagogue was badly damaged by a fire set by the Nazis.

After the war, the area became part of Ukraine and the Soviet town was renamed Chernovtsy. The reconstructed building became a movie house in 1959–the Zhovten or “October”–and, later, popularly known as the Kinogoga – a mixture of the words Kino and Synagoga. The Kinogoga, now in the renamed Ukrainian city of Chernivsti, is something of a rarity – one of the only known examples of a synagogue turned into a movie house.