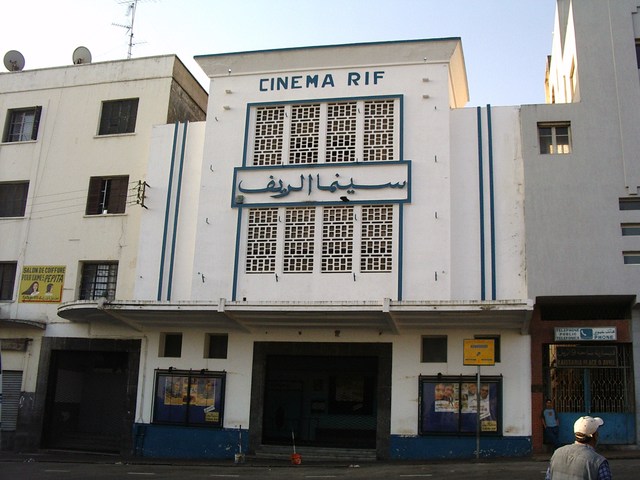 Originally opened in 1948 as the Cinema Rif which had a seating capacity of 500. It is located just outside the ancient city walls in the Ville Nouvelle area by the Grand Socco (Grand Market). In its last few years it played ‘Bollywood’ films.

In 2005 it was re-designed by French architect Jean-Marc Lalo into a modern arthouse cinema which opened on 29th May 2006. There are two screens, one seating 380, the smaller one seating 60. A novel innovation is that the projectors can be turned outwards to provide open-air screenings for up to 4,000 people in the large market square.