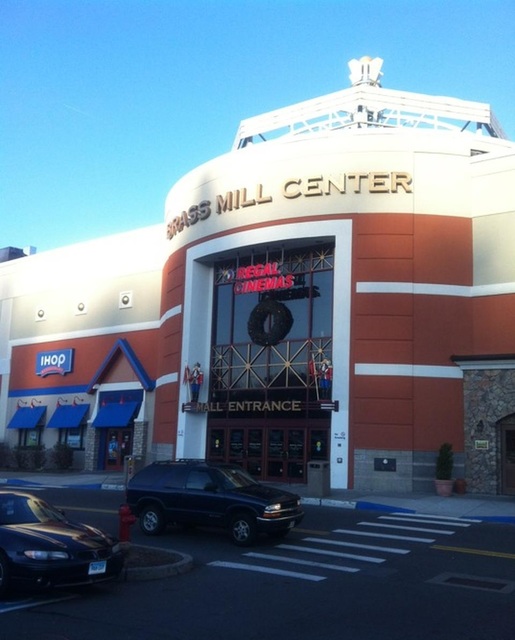 Opened by Hoyts Cinemas. It was later taken over by Regal who closed it on September 25, 2022 due to the Regal/Cineworld bankruptcy.

Opened as Hoyts Brass Mill Center, but remained under Northeast Theaters opperation for about 9 months when most other Hoyts were sold. Three other Hoyts that didn’t become Regals were Enfield Mall (now run by National Amusements), Cinema City (closed for a week in September 2005 and reopened by Crown Theaters) and Simsbury Commons (still run by Northeast Cinemas).

Brass Mill Center underwent a renovation under Regal, implimenting a new color scheme and building a new snack bar. Hoyts opperated a gormet concession stand which is now gone (its a party room). The theatres themselves are okay with stadium seating and all the ammenties you’d expect of a modern theater. It’s on the third floor of Brass Mill Center, directly in the center of the building and visable from Route 84.

Being in the Naugatuck Valley, this is the theater I usually go to. The remodleing from Regal is nice. Also, for Regal crown club members, the small popcorn is free on Tuesdays. :)

If you have gift cards, it might be time to use them. Though open, the theatre was one of 20 theaters approved for lease relief in a bankruptcy maneuver with Regal’s parent in bankruptcy protection. Most closed September 14, 2022 while others - like the Brass Mill - continued through the month hoping for a miraculous turnaround.