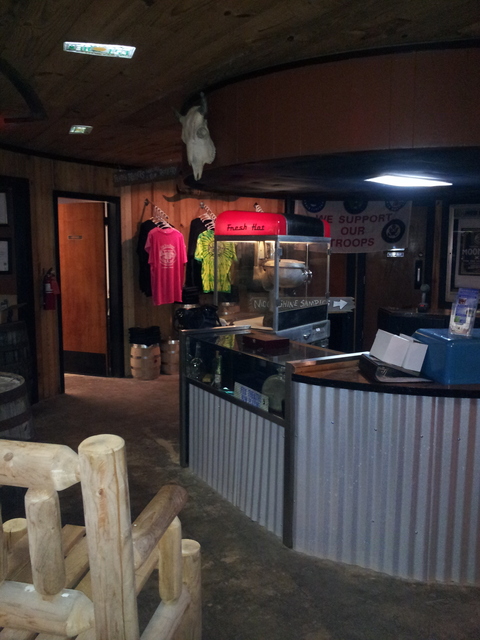 The Fox Theatre was opened in 1947. It is the only one of three movie theatres built on Main Street, Crestview to survive. In 2014 it operates as a distillery.

The Fox Theatre possibly opened in around 1949/1950. It is listed in the 1950 edition of Film Daily Yearbook without a seating capacity being given (usually an indication of a newly built theatre which hasn’t had details submitted to the editors)

Does anyone know the current status of the Fox theatre. If it is not being used I would love to tour it.

382 North Main Street (construction date was Housed in the only Art Moderne structure within the Crestview Historic Business District, the landmark Fox Theatre was the most popular entertainment spot in town (late 1940’s and 1950’s) and probably the most memorable for so many of today’s older Crestview residents. Many area residents can recall fond memories from their younger days that centered around the good times spent at the Fox. The theatre was also visited frequently by post WWII servicemen from nearby Eglin Air Force Base. In 1949, actor Gregory Peck and other stars were in town for the nationwide premiering of the movie “Twelve O'Clock High” at both the Fox and Eglin Theatres on Main Street in downtown Crestview. The movie was made at nearby Eglin AFB, Duke Field (an auxiliary field located immediately south of Crestview), and some scenes were even shot within the City of Crestview.

The Fox Theater is now home of Peaden Brothers Distillery, Okaloosa County’s 1st Legal Distillery. Building has been refurbed and looks AMAZING….. Auditorium should be finished sometime next year…. SEE PICS ON FACEBOOK ON PEADEN BROTHERS DISTILLERY Page, LIKE it or just come by and check it out!!! GET YOU SOME!!!!!