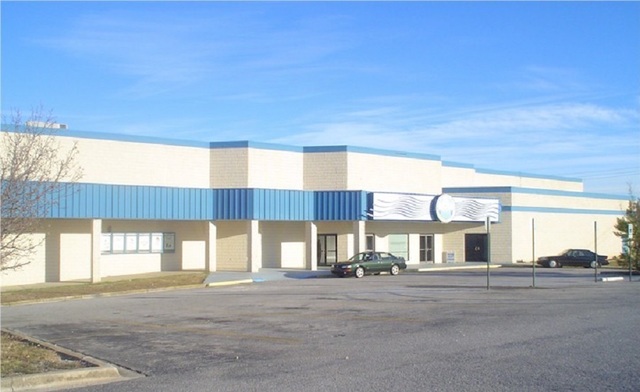 Center Point Six was a six-screen multiplex located next to the Queensbury Shopping Center in northeast Birmingham, at 700 23rd Avenue Northwest, at the corner of Carson Road. It was opened by Cobb Theatres on June 10, 1983, on the same day as its sister cinema, the Hoover Square 6.

The theatre was a stand-alone structure that faced west, the front of the structure was ornamented with a large marquee in the middle, six illuminated “one-sheet” (poster) cases on the north side, and an illuminated gameroom sign on the south side. It featured four large auditoriums with stereo sound, with screens for both flat and scope (or Super 35 projection) capabilities. It also contained two smaller auditoriums with only mono sound and only a flat screen.

The box office was a completely enclosed room, that featured several “Automaticket” machines. The centerpiece of the main lobby was an elongated, octagonal concession stand. Above the concession stand were mirror ceiling tiles encircled by globe light-bulbs. The walls and carpet of the lobby and auditoriums had a blue and brown color scheme. Lining the walls of the lobby were three one-sheet cases on either side, highlighted by track lighting from the ceiling. Leading out from the lobby through a side foyer on the south side of the building, there was the Cobb Superstar Gameroom. Located adjacent to the gameroom was a large workshop that facilitated the video game division for all area theatres.

The theatre remained mainly unchanged for the duration of its operation, despite other locations being built/refitted to follow the official Cobb color scheme adopted in the late 80’s of purple and teal-green. Employee uniforms for most of the duration included a purple golf-style shirt, with the teal Cobb logo over the left breast, black pants, and a matching visor or hat.

AN UNHAPPY MOVIE ENDING CENTER POINT SIX CLOSING MEANS NO AREA THEATER
Serinese Anderson was shocked when she found out the Center Point Six theater was closed recently.It was like a piece of her life was taken away.‘'What? I used to go up there a lot. A whole lot,’‘the 17-year -old Winewood resident said.Averaging five visits a month was easy because she often met with friends there to watch the movies or just play the video games at the Cobb Superstar Game Room that sat off to the side of..

typed a nice long comment about cen pt 6 but got erased twice so screw it. i miss $1 theaters now especially with $9-$14 tix and no game rooms anymore (around here at least). cen pt 6 got turned into a church.

I worked at Center Point 6 when it first opened. It was my first job. I loved working there. I couldn’t have found a better job for a high school kid. Free movies and I got to meet a lot of people.