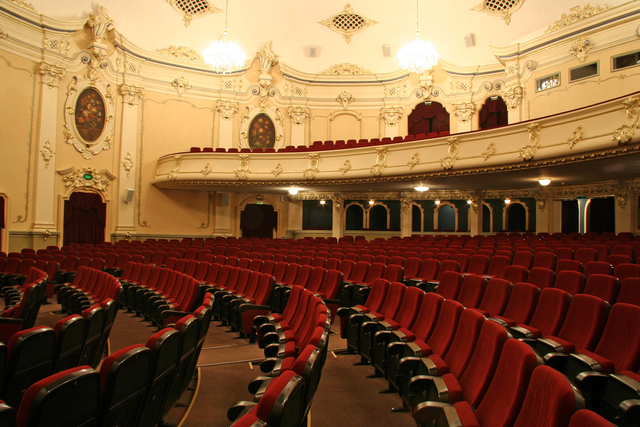 Located in the center of Riga about ten minutes' walk from the ‘Old Town’. It opened as a single screen cinema on 30th December 1923 as the Cinema Splendid Palace, with seating in stalls and balcony levels. The auditorium is decorated in a charming French Renaissance style and the cinema was designed by architect F. Skujina.

It was re-named Cinema Riga in recent years, and an additional second modern screen was added which seats 210. The back three rows of this new auditorium have seats with no elbow-rests, which cost more than the other seats. It is programmed by Media (part of the Europa Cinema group).

In September 2011, it was re-named Cinema Splendid Palace again.

OOpps sorry here is the correct link to the ‘Lounge’ photograph:
http://flickr.com/photos/bloomblossom/221945842/