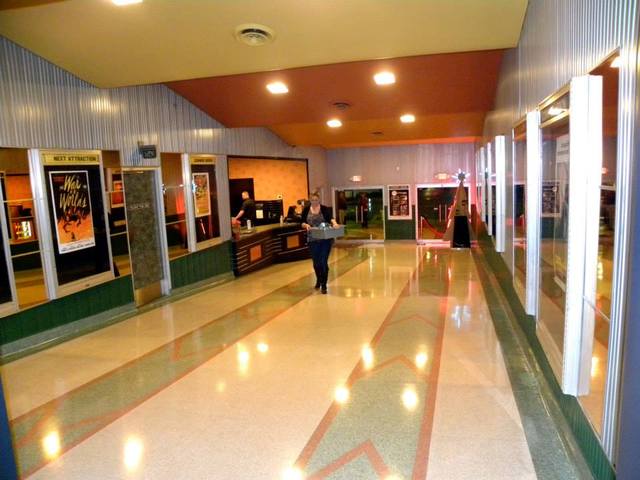 The Capitol Theatre was opened on December 9, 1941 with Betty Grable in “The Beautiful Blond From Bashful Bend”. It had 1,000 seats, and was operated by the Crescent Amusement Co. It was taken over by Martin Theatres in 1961. It was closed in 1980, and was saved from a nearby fire that engulfed the old Lebanon Hotel around 1981.

Dormant for almost 30 years, this beautiful old movie house was for sale. It was renovated from 2009, and reopened in the summer of 2013 with a reduced seating capacity of 400..

A 1996 view of the Capitol Theater in Lebanon.

For a 1996 view of the Capitol Theater in Lebanon please click here.

I have this old Theater for sale if anyone wants to see inside or if anyone has any interest. Its on my website at www.NashvilleInvestors.com

An update – the theatre was sold in November. Congrats to the new owners! I hope the plans are for a renovation and grand reopening!

Here is another photo:
http://tinyurl.com/yykk6rk

Does anyone have the contact info for this new owner?

Apparently, this theatre is going to be restored. See their site: www.capitoltheatreproject.org/

I’m so happy to see this great old theatre being brought back to life. My Dad worked there when he was a teenager.

Clickable version of joelmoses' link. The article says that the Capitol Theatre originally opened on December 9, 1941, and closed in 1980. It was renovated by new owner Bob Black beginning in 2009, and reopened in the early summer of 2013.

Here is the official web site, the History page of which notes that the Capitol was originally owned by the Crescent Amusement Company, but was taken over by Martin Theatres in 1961.

Just did a show at the newly-restored Capitol Theatre in Lebanon. The interior of the theatre is completely new, retaining a bit of the old architecture. The terrazzo floors were restored, the original restroom signs, some light fixtures etc. Beautifully done. I hope they enjoy great success. In addition to live performances, they’re also screening movies there again.