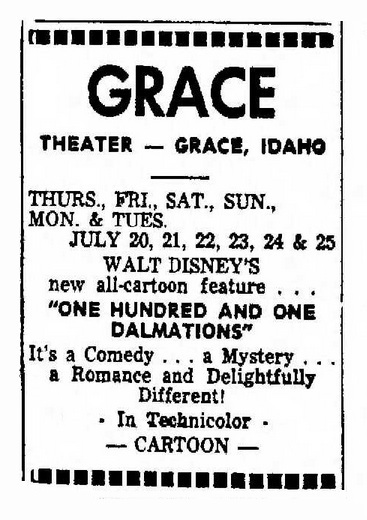 Built on the site of the Grace Opera House, which was destroyed by fire in May 1956. The Grace Theater opened on February 7, 1957. It was demolished in July 1961.

The Grace Theatre presented vaudeville as well as movies in its early years. In her 1959 memoir Early Havoc, actress June Havoc recalled the Grace Theatre as one of the venues her family’s vaudeville act played. Havoc’s older sister achieved fame in her own right as stripper Gypsy Rose Lee, and young June was immortalized in the musical Gypsy as Baby June and Dainty June, the star of the struggling vaudeville act put together by her ambitious mother, Rose.