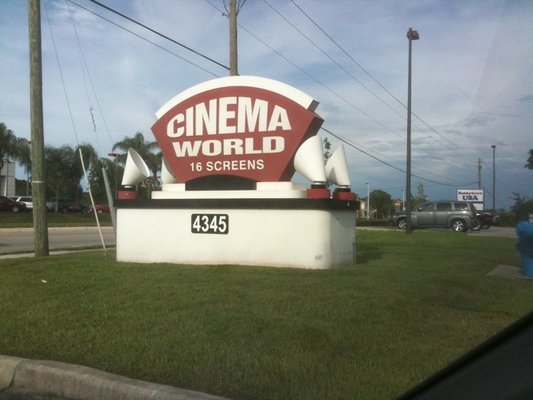 Cinemaworld 16 is the first stadium seating theater in Brevard County, Florida. Featuring wall-to-wall screens and rocker chairs, Cinemaworld opened May 3, 2002, with 16 projectors and a version 1.0DLP projector. It was one of the first 85 theatres equipped with DLP technology.

This opened on May 3rd, 2002. Its grand opening ad can be found in the photo section.