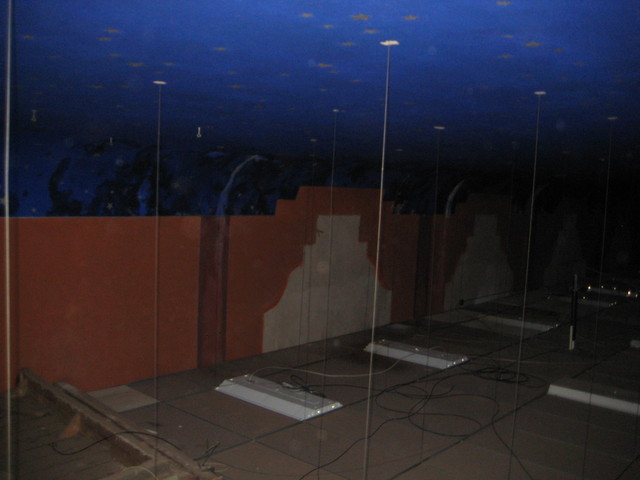 Architectural firm Corgan & Moore gave the Elk Theatre a big city look by designing this movie house in true Art Deco styling and colors. It was opened on January 30, 1936. All seats were on ground level inside a smart Atmospheric style auditorium.

During the 1950’s a wide screen was installed in front of the proscenium, but new drapery blended well into the original Art Deco style décor. The Elk Theatre closed in 1958.

To view c1930s exterior & interior photographs of The Elk Theatre go to below site. Enter the word ‘theatre’ in search field. Once Elk Theatre images appear, click on small photo to see a much larger views -
View link

Until these photos were provided I’d never seen images of an Art Deco atmospheric auditorium. Quite modish. Most impressive!
Your’re right, Jeff, for a small town design Dunne did give The Elk “a big city look”.
Couldn’t get above link to work for me. You may want to try this one instead. Click BROWSE COLLECTION, then select Griffith Amusement,
View link

Operated by Video Independent Theaters in the early sixties. The 1963 motion picture almanac lists over forty Oklahoma theaters operated by this chain, as well as several in Texas.

Here is an item from Boxoffice magazine, May 1950:

ELK CITY, OKLA-Winfred Wilcoxon, formerly at the Elk Theater here, now is manager of the 66 Drive-In on Route 66 west of here. Dale Brister, who managed the drive-in last season, has been shifted to the Elk.

Click on the link provided by Seymour, then type in Elk Theatre in the Search box, and a page will pop up with the photos they’re talking about.

Take a quick shortcut on this site to see great vintage images of this tiny atmospheric gem …
http://www.roadsideoklahoma.com/node/353

The shop is now a gift shop. I have posted a picture I took this week. The gals in the shop were kind enough to take me on a tour through the back and up into the old projection booth. My father managed this movie theater back in the 1950s. I watched many movies in this theater as a child.

There is a picture of the Elk Theatre in the book Legendary Route 66 (page 134).

Reading the local newspaper and trade press, the Elk Theatre was opened by Griffith Amusement Circuit on January 30, 1936. Its architecture was credited in the trade press to Jack M. Corgan and Bill J. Moore, Jr. The Rex was operated in the 1950s under operator Volney Hamm as well as Video Independent Circuit.

John Monroe was the final operator of the Elk Theater relaunching it in November of 1957 with “The Ten Commandments” but closing in 1958. It became a short-lived record store keeping the theater auditorium and then it was totally refurbished in 1960 with its contents sold off when it was converted to another retail store opening in 1961.