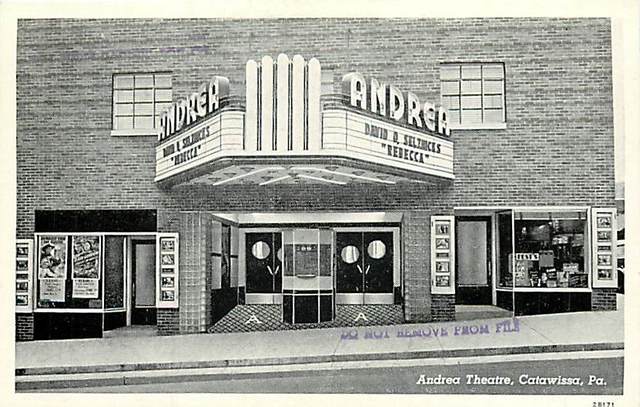 The Andrea Theatre was opened on November 17, 1939 with Myrna Loy in “The Rains Came”. It was still open in 1957. It is now the Bethel Assembly of God Church.

Although I don’t know many details about this theater, I do have some information.
The Andrea Theater was built by Mr. Peter Magazzu who went on to own a chain of movie theaters in northeastern Pennsylvania, including the Angela Theater in Coaldale,PA which is still running today.
He named most of his theaters after family members,with the Andrea being named for his father.
When The Andrea closed, it was sold and became The Andrea Pentacostal Church.

According to this site, the theater is now a church. An internet search also shows Bethel Assembly of God at 2nd and Main Streets in Catawissa.
http://www.catawissapa.org/photographs.html 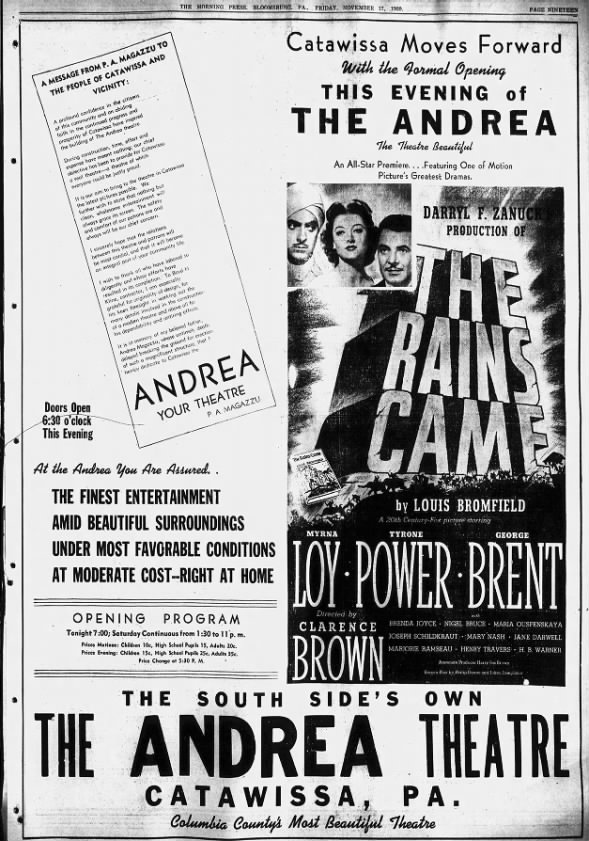