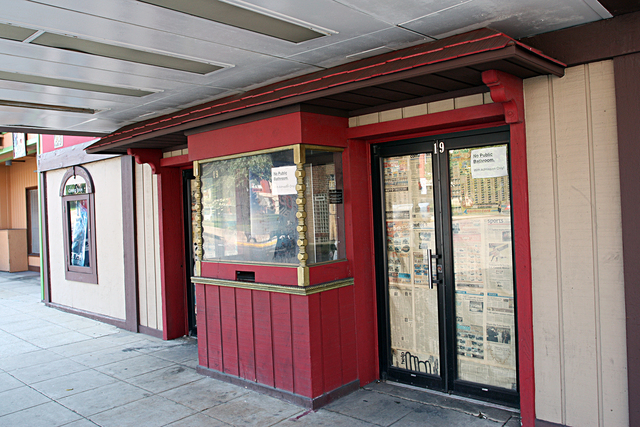 The Crown Theatre was opened in April 1917. It was renamed Palace Theatre following a remodel in 1926. In the late-1960’s it was renamed Crown Theatre once again. In 2018 it is undergoing restoration/renovation, with a planned December 31, 2018 reopening.

Looked this theatre up for a friend who used to live there,he said it was the only movie house in Crown Point.

The name CROWN Theater came of course from the city name of CROWN Point. Sota a strange name for a place first known as Robinsons Prairie, for Solon and Milo Robinson. Allegdly, when Solon Robinson saved his neignbors' lands from speculators, he was nicknamed ‘KING of the Squatters,’ and the settlement was named ‘CROWN’ for the ‘KING’ and ‘Point’ for the elevation on which Robinson’s cabin and the old beautiful historic courthouse now still stands. And now you know the rest of the story!

Opened around 1924 and may have been called the Crown Theater.

1924 a 2/manual (keyboard) Barton Organ Company Theater Pipe Organ was shipped to the CROWN Theater. Dan Barton of Oaskosh, Wisconsin founed his company in 1918 and it became the fifth largest builder of theater pipe organs. I don’t know what happened to the organ. Any pipes left in the theater?

Anyone have old photos, photos of the inside, more info?

As a young boy I remember going to the palace theater in crown point. there were two theaters side by side at that time {1950s} one was named the Rex and had a balcony. I don’t recall what happened to the Rex. I was away for a few years so maybe it closed during that period of time.

This theater has been known as the Crown since the late 1960’s. I went here many times as a kid in the 70’s and saw such films as THE STRONGEST MAN IN THE WORLD, MURDER ON THE ORIENT EXPRESS and JAWS.

This theater is now closed (see my photos taken earlier this month).

New ownership as of today.

1948 and 2018 photos posted. Newer facade is being removed and original facade is exposed.